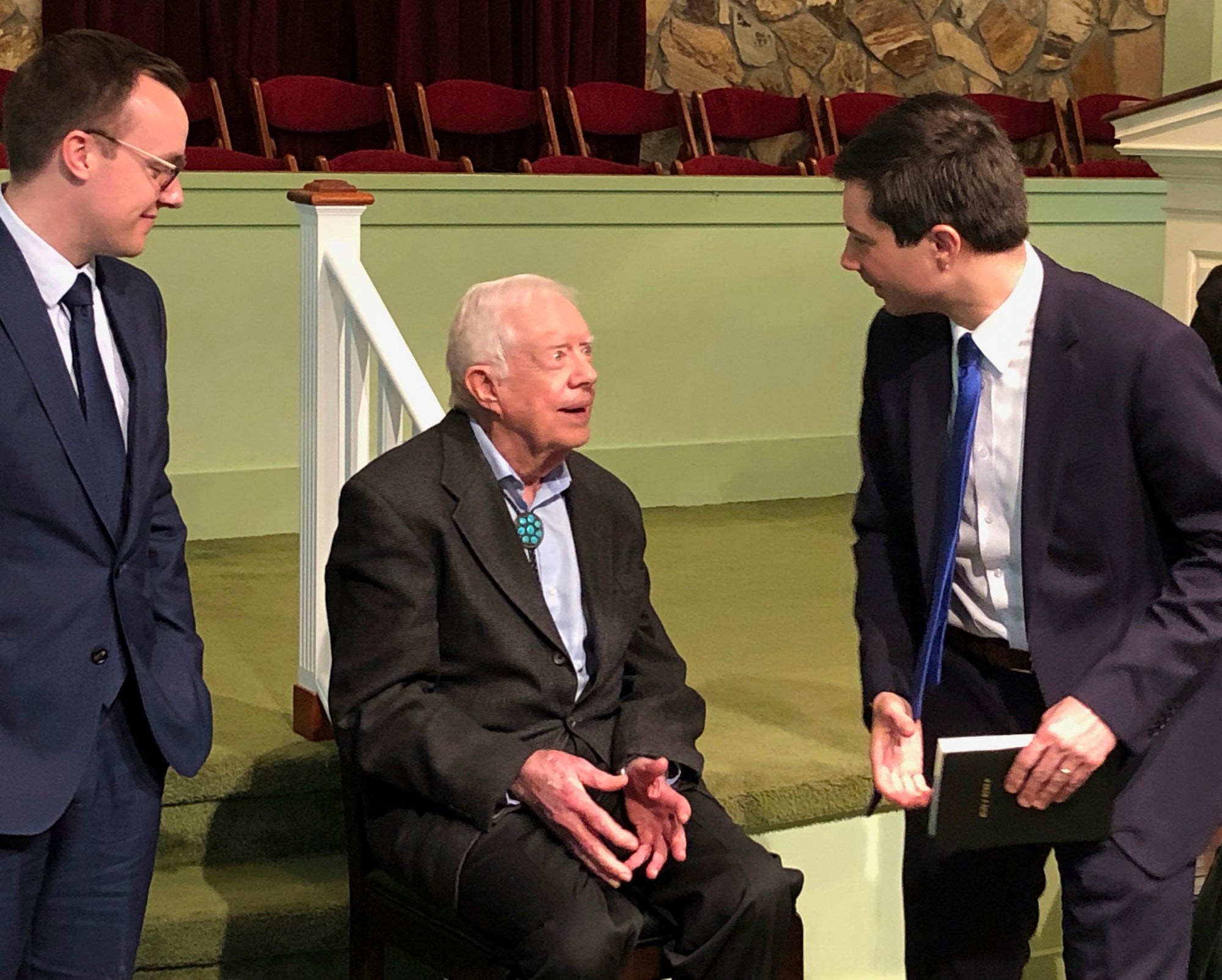 At Carter’s invitation Buttigieg stood and read from the Bible as part of the lesson at Maranatha Baptist Church.

Carter told the audience that two other Democratic presidential candidates, Sens. Cory Booker of New Jersey and Amy Klobuchar of Minnesota, had previously attended his classes.

Carter said he knew Buttigieg from working on a Habitat for Humanity project in Indiana where the mayor of South Bend, Indiana, volunteered.

Many in the class greeted Buttigieg and took photos with him before Carter arrived in the sanctuary and took a seat in the front to teach.