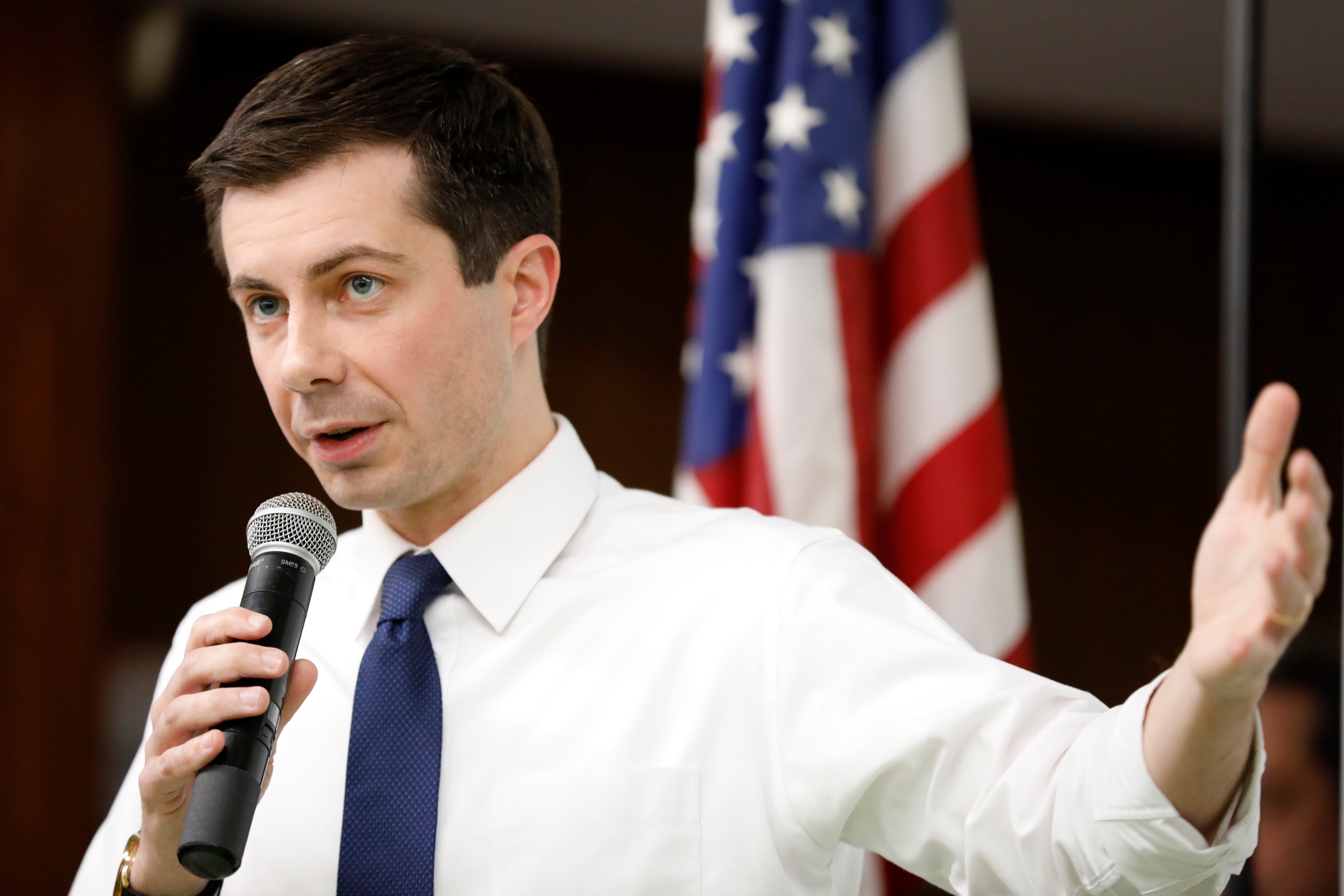 “This is not a rags-to-riches story,” he told The Associated Press after a campaign stop in Marshalltown. “This is a story about transforming our trajectory.”

His record overseeing the midsize Midwestern city of about 100,000 residents since 2012 has been scrutinized in recent weeks as his campaign has surged. While the median household income in South Bend has increased and the poverty rate has declined under his watch, Buttigieg’s detractors have noted those figures lag statewide and national trends.

But on Wednesday, Buttigieg, 37, said that he was proud of his work eliminating blighted properties and improving unemployment in the city and that “things have come to be headed in the right direction” in South Bend.

“I’m not going around saying we’ve fixed every problem we’ve got, but I’m so proud of what we’ve done together,” he said.

The campaign stop in Iowa drew a strong turnout of around 150 voters to the backyard of a Marshalltown home. Also in attendance were three religious protesters, two of whom had trailed Buttigieg during his previous day of campaigning in Iowa. On Wednesday, the duo dressed as Buttigieg and the devil and set up a loudspeaker in the adjacent alleyway to amplify their message.

Buttigieg, however, didn’t acknowledge the protesters and spoke over them about issues such as veterans’ health care and child care affordability. He also answered a question from a voter who identified herself as Christian about what he would do to protect religious freedom.

“We support everybody’s right to practice their faith. We also make sure that we have a system that protects anybody from harming somebody else, and just because your religion made you do it doesn’t mean it’s OK,” he said.

Following the event, Buttigieg shrugged off the protesters as par for the course for a candidate running for public office.

“I think when you’re in politics, especially at this level, you’re going to see the good, the bad, the ugly and the peculiar,” he told reporters.

“Look, the next president is going to have to confront things a lot more challenging than being interrupted or having to talk over a little noise at an event,” Buttigieg added. “So it may be irritating, but it’s also part of the landscape.”