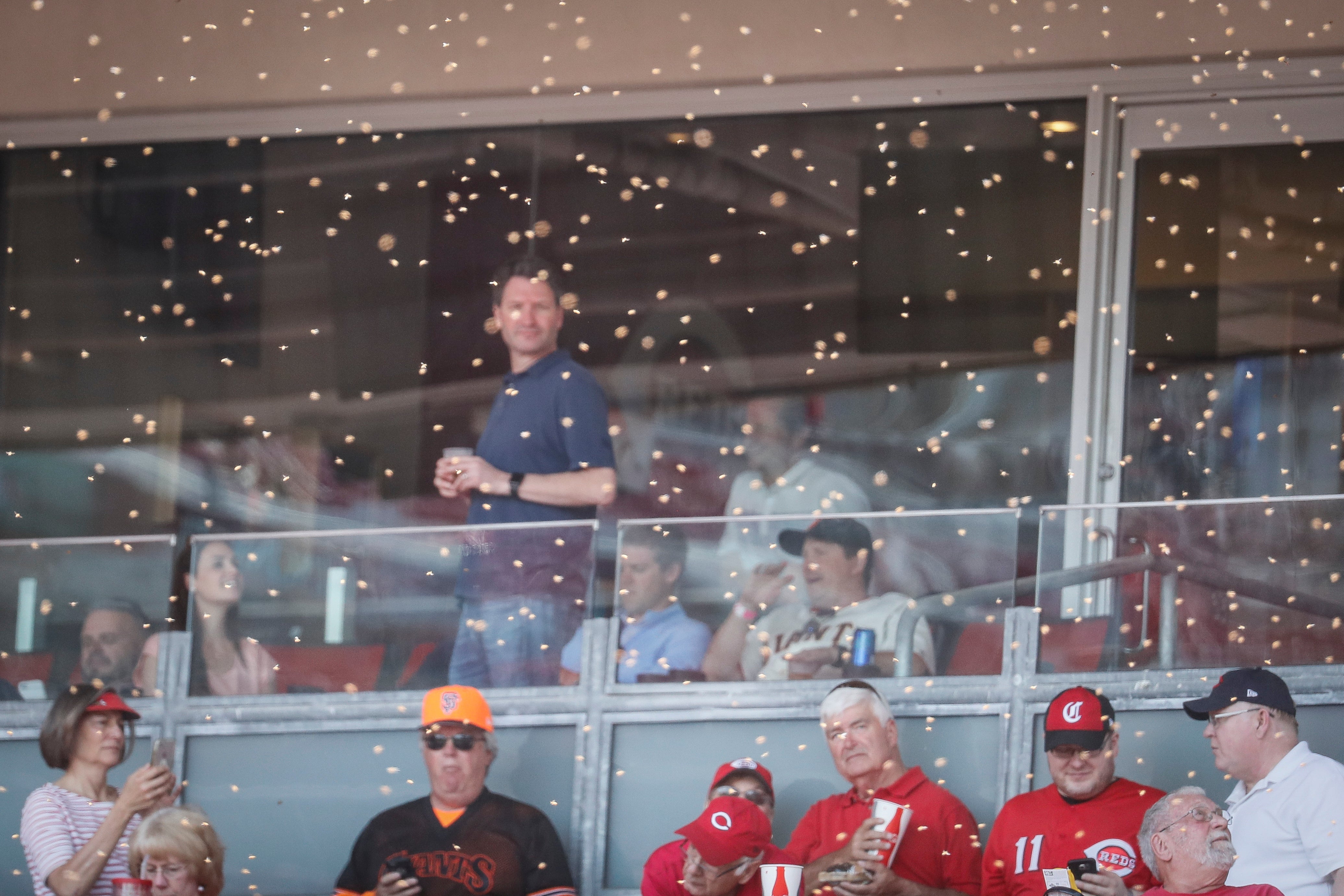 A swarm of bees circled above the backstop screen shortly before the start of the Giants’ game against the Reds on Monday, prompting an 18-minute delay to the first pitch. The umpires and players moved away from the plate and watched the buzz from a safe distance.

The bees soon moved toward the upper deck — workers closed press box windows as they came that way — and the game went on without further incident.

Nothing new for the Giants. Not when they come to Cincinnati.

They also were involved in a bee delay here that got national attention on April 17, 1976. A swarm made its way into San Francisco’s dugout at Riverfront Stadium, forcing players to flee. The game was halted for 35 minutes, and the Reds pulled away to an 11-0 victory.

Bochy now has been involved in two unusual events at Great American Ball Park. The Giants were in town when one of the home run smokestacks in the outfield caught fire on May 15, 2015, forcing fans to evacuate two sections of the outfield while firefighters extinguished it.

Bochy is retiring after the season. The Reds honored him on the field Monday, before the bees arrived.

The Reds were involved in another notable bee delay on May 11, 1987, at Riverfront Stadium. A swarm prompted a 17-minute delay, and Reds pitcher Ted Power was stung on the hand.