BYU student comes out as gay in valedictorian speech 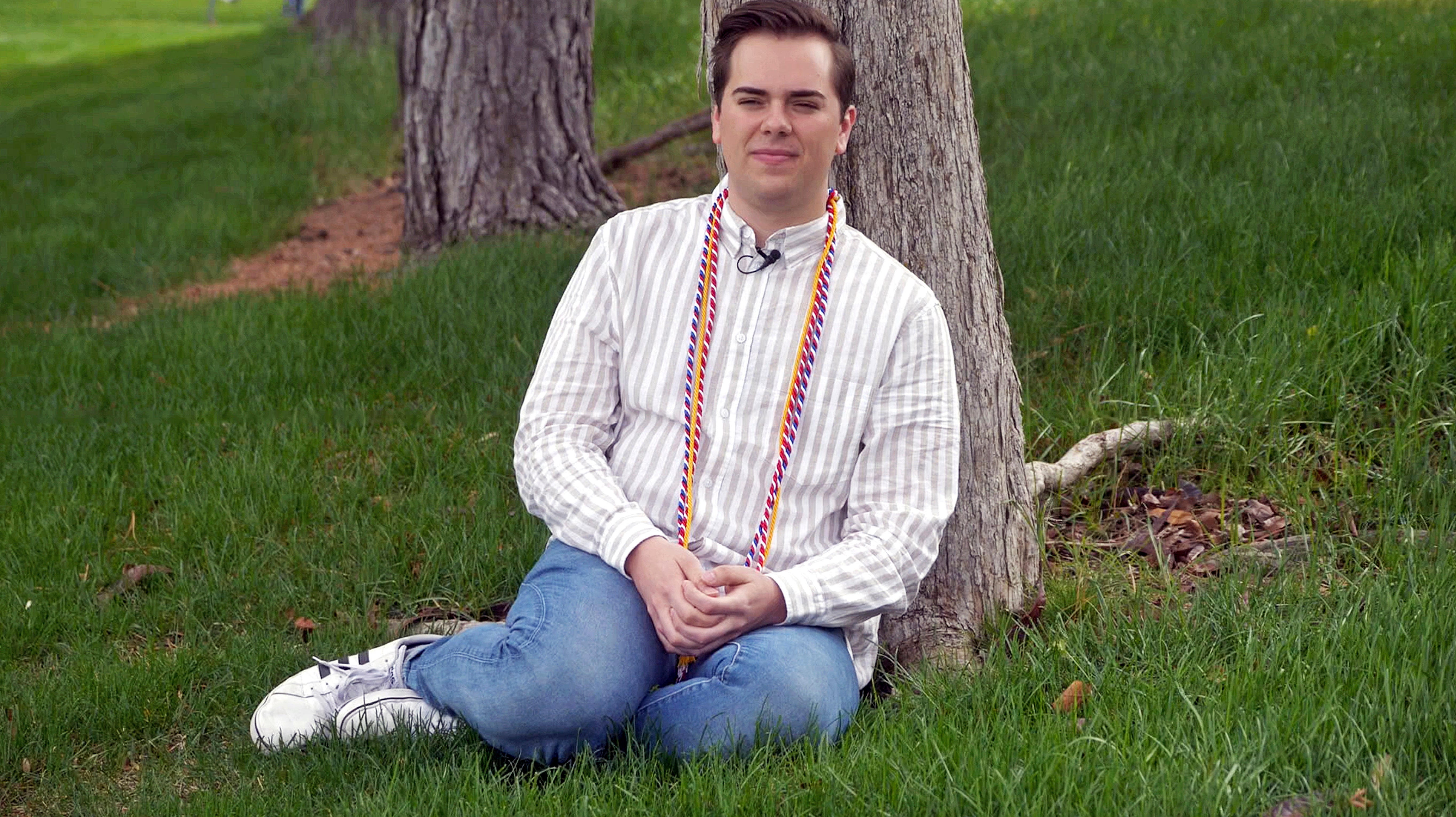 SALT LAKE CITY (AP) — A student who disclosed he was gay during a valedictorian speech at Mormon-owned Brigham Young University has drawn praise from fellow students and notable figures such as Kristin Chenoweth and the husband of Democratic presidential candidate Pete Buttigieg.

Matt Easton, 24, said Monday he hopes his decision helps ease loneliness felt by other LGBTQ students at the institution where an honor code forbids dating among members of the same sex.

“I hope they can know they’re not alone in the ways that sometimes I’ve felt alone at BYU, to know there’s support for them and they’re not broken,” he said.

It could also show other members of The Church of Jesus Christ of Latter-day Saints the success that LGBTQ members can achieve, he said.

“We deserve to have our voices be heard,” Easton said.

The political science major said only a few people knew about his sexual orientation before Friday, when he spoke the words, “I am proud to be a gay son of God” in a speech pre-approved by college officials.

Video of the speech posted online sparked accolades from Chenoweth, who tweeted her love and support as a straight Christian woman and Chasten Buttigieg, who responded with “Bravo!”

The church has a doctrinal opposition to same-sex marriage and intimacy, though the faith has gradually adopted a more compassionate stance. It said in 2016 that homosexuality itself is not a sin, and LGBTQ members have a valued place.

This month, the church reversed policies banning baptisms for children of gay parents. Advocates had called the policies demeaning and hurtful.

At BYU, hundreds of students rallied April 12, calling on officials to be more compassionate with violations of the honor code, which also bans drinking and premarital sex.

Easton, a Utah native and lifelong member of the faith, spoke glowingly about his academic and spiritual experience at BYU. He said he has gotten personal support from people who knew he is gay.

But he said there’s still a long way to go, like the school allowing an official club to support LGTBQ students. BYU didn’t immediately comment on Monday.

Easton said it’s only been in the past four years that he’s come to terms with being gay, and he’s still figuring out how he’ll reconcile it with his faith as he takes his first post-college job as a data analyst in Salt Lake City.

For now, though, he plans to plant a vegetable garden with his sister and his niece and will take the big questions one day at a time.

“I wish I had all the answers to it and I don’t,” he said. “I take a day at a time and focus on my relationship with my family and God.”