Cache of 1,000 guns seized from Los Angeles mansion in raid 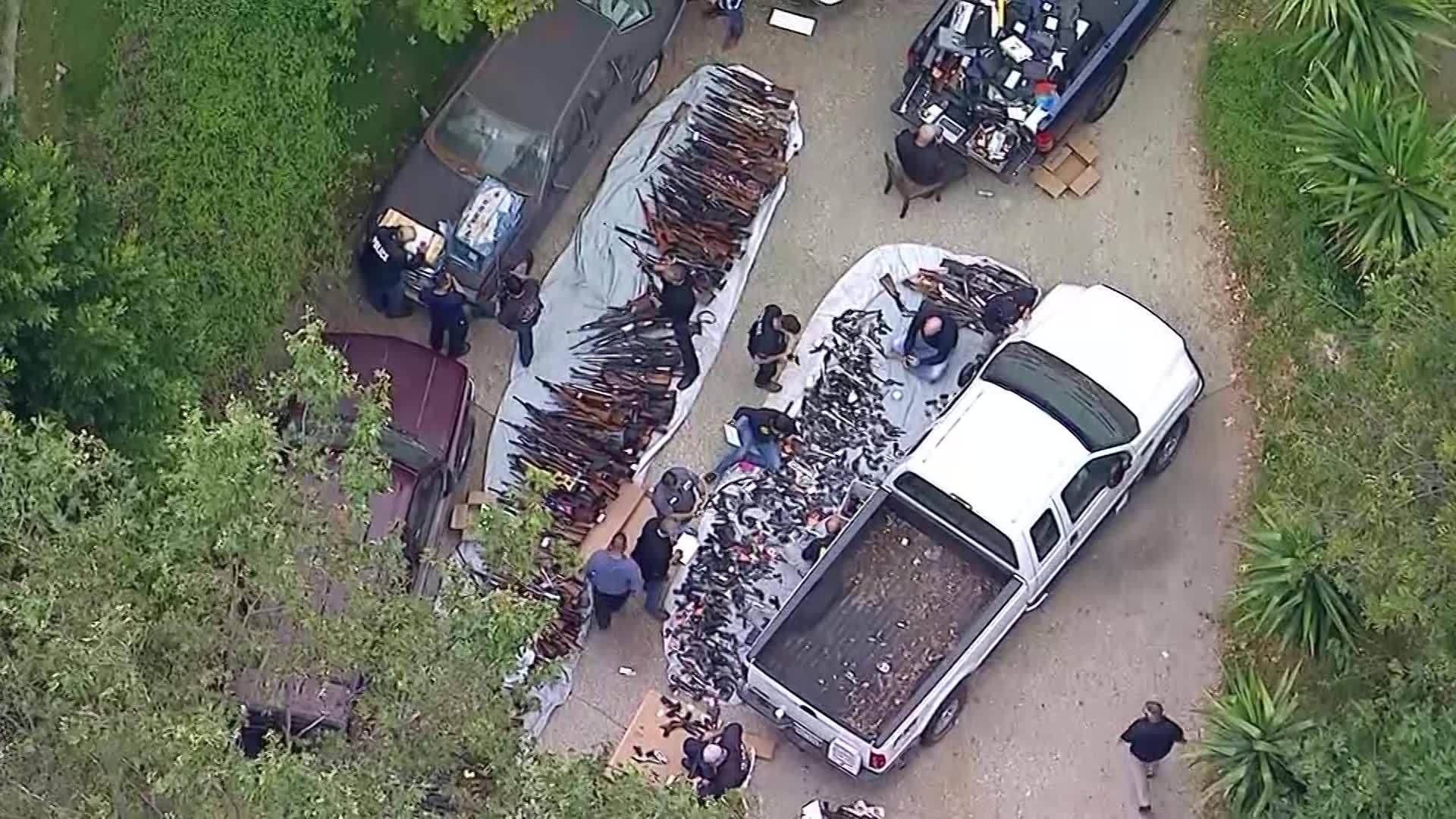 LOS ANGELES (AP) –  Authorities seized more than a thousand guns from a large Los Angeles home after getting an anonymous tip regarding illegal firearms sales in a posh area near the Playboy Mansion.

Officials say Los Angeles police and the Bureau of Alcohol, Tobacco, Firearms and Explosives served a search warrant around 4 a.m. Wednesday at the property on the border of the Bel Air and Holmby Hills neighborhoods.

The ATF says guns were recovered along with weapons manufacturing equipment and tools. Authorities say there is no danger to the public.

Television news footage showed hundreds of rifles and handguns laid out on a driveway.

Police officials say the investigation is ongoing in the hillside area where homes typically sell for millions of dollars.