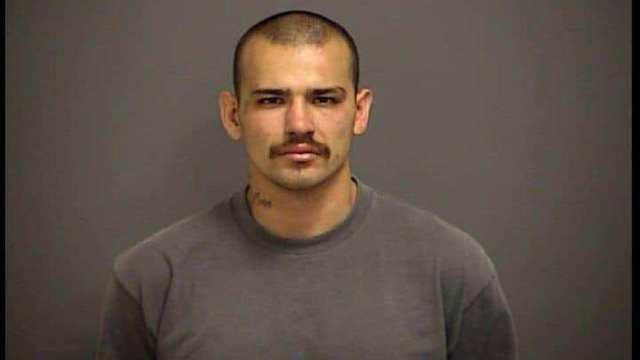 DELANO, Calif. (KGET) — Leonardo Felix said he drove a woman to an almond orchard near Delano to have sex and drink.

He ended up beating her to death with a tire iron, according to newly released court documents.

Felix, 28, told police the woman, Tina Anne Gutierrez, 39, was setting him up to be killed by Norteno gang members. He said he hadn’t planned on killing Gutierrez, but claimed he saw her boyfriend lurking in the orchard.

“He said he killed her accidentally, not just because he was mean,” an investigator wrote in the documents.

Felix has pleaded not guilty to first-degree murder and robbery and is being held without bail. He faces a life term in prison if convicted.

A man riding a horse discovered the body of Gutierrez around 5:30 p.m. May 23 in an orchard in the area of County Line and Melcher roads. She had cuts and fractures to her head and face.

Family of Gutierrez said she was last seen getting in the car of Felix, whom they knew as “Dopey,” according to the documents. They said he had recently threatened her.

Detectives contacted Felix, who voluntary went to police headquarters to give a statement. He said he first met Gutierrez several weeks earlier, but hadn’t seen her in a few days.

Confronted with statements saying he’d been seen with Gutierrez the day of her death, Felix changed his story.

He said he picked her up to take her to the orchard for sex. But when he got there he became convinced she was going to have him killed, he told detectives.

Felix said he hit Gutierrez “a few” times after she got out of the car, and kept striking her after she fell, the documents say.

He said it wouldn’t have done any good to keep lying about what he’d done.

“You were gonna catch me anyway,” the documents say he told detectives.

Felix is next due in court July 25. He has a lengthy criminal record dating back to 2010.