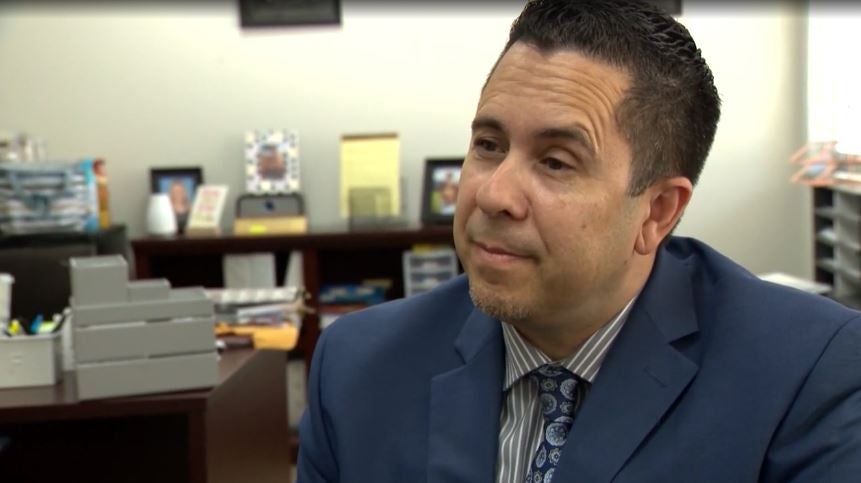 BYRON, Calif. (CNN) — He was a school janitor more than two decades ago, now he’s the boss.

Dr. Reyes Guana says the best part of his day is getting to know students and encouraging education.

He began as a school janitor in Lodi, Calif. 23 years ago.

“I was fortunate to be a custodian, worked for Ramona Unified and then I was a campus safety monitor in Stockton then a vice principal,” he said.

He moved up the ladder of books and is now superintendent of the Byron School District near Discovery Bay.

“I’m fortunate enough to come from humble beginnings,” said Guana. “From standing in the free cheese line with my mom to, you know, always appreciating that my parents raised me to be a humble person.”

He says his humble beginnings helped make him the educator he is today.

He makes it a point to get to know his students – they call him Mr. G.

Guana visited every classroom in the district within one week, and says he will focus on education, attendance and anti-bullying.

“If a child doesn’t feel that they can go to a school without being bullied, then they’re not going to be prepared to learn,” said Guana.

Guana says he remembers those who encouraged him to attend online college in his early days so he could become a teacher.

And now he wants to pay encouragement forward.