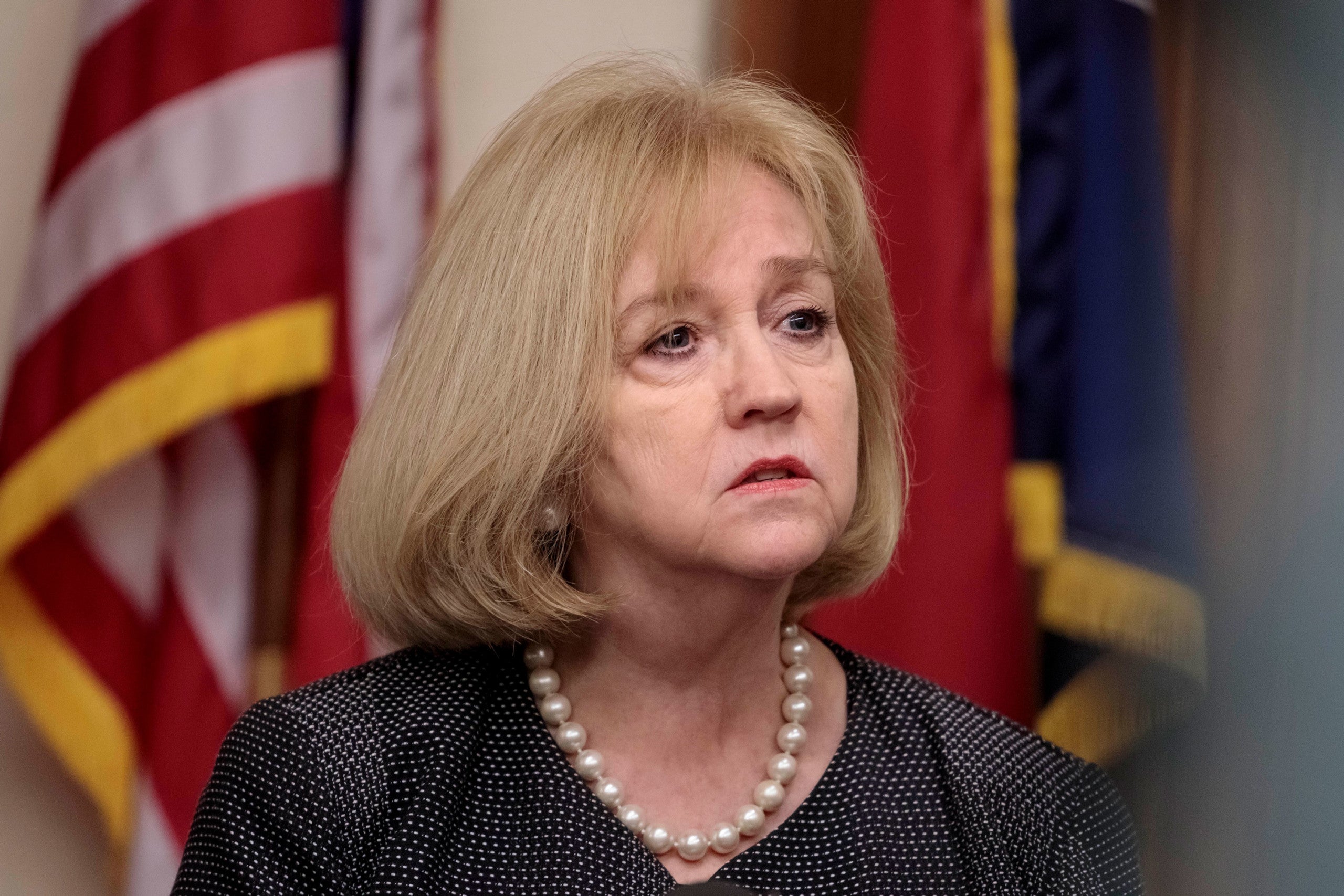 (CNN) — Hundred of protesters marched to the home of St. Louis Mayor Lyda Krewson Sunday night while chanting “resign Lyda, take the cops with you,” according to CNN affiliate KMOV.

The demonstration came after Krewson read the names and addresses of people calling for police reform during a Friday afternoon Facebook live video, the affiliate reported.

During the live video briefing Friday, the mayor was asked about meeting with protesters outside City Hall. In response, Krewson read letters submitted to her by protesters aloud during the video “including the names and both partial and full addresses of those calling to defund the St. Louis Metropolitan Police Department,” KMOV reported.

Krewson released a statement later that day saying the names and addresses she read are public information, according to the affiliate.

The ACLU of Missouri called the mayor’s actions intimidation in a statement.

“It is shocking and misguided for Mayor Lyda Krewson of St. Louis, to broadcast the addresses of those who dare to express a different viewpoint on an issue of public concern,” the ACLU statement said. “It serves no apparent purpose beyond intimidation. We are stronger when we foster open dialogue. The chilling of debate should bother everyone, no matter whether they agree or disagree with the mayor on this particular issue.”

In a tweet Friday, the mayor apologized and said she didn’t mean to hurt anyone.

“I’d like to apologize for identifying individuals who presented letters to me at City Hall today. This was during one of my Facebook updates as I was answering routine questions,” Krewson said in a tweet. “Never did I intend to harm anyone or cause distress. The update is removed and again, I apologize.”

Despite the calls for her resignation Sunday night, Krewson will not be stepping down.

“Mayor has apologized, acknowledged the mistake and that there was absolutely no malicious intent, and took down the video,” the mayor’s communications director, Jacob Long, told CNN Sunday evening. “She won’t be resigning.”