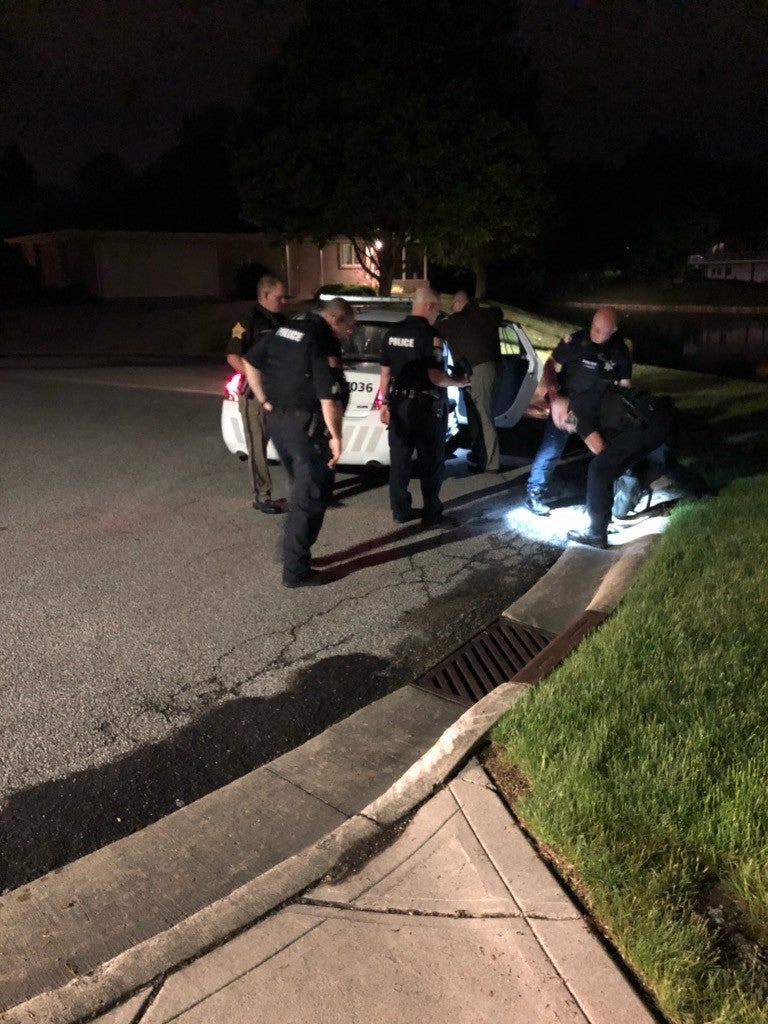 Around 1:30 a.m., a homeowner called police after being alerted by video surveillance of someone trying to break into a home in the 7300 block of Inverness Commons, off South Hadley Road.

Fort Wayne police arrived and arrested Cooper Crist. When they arrived, Crist initially fled from them on foot. Additional officers arrived, and Crist was taken into custody.

According to court documents, Crist was walking around the home, trying to find a way in by door handles and lifting a sliding door. He was carrying a backpack with hammers, a crowbar, gloves, zip ties, duct tape and a razor box cutter, police said.

The homeowner told officers that they had seen Crist two nights prior walking in the area on surveillance footage.

According to court documents, when asked why he was attempting burglary, Crist said that he was doing it for the adrenaline rush because it wasn’t his house and it wasn’t his things.

Crist’s intial hearing was Monday, and he is being charged with attempted burlgary, criminal mischief and resisting law enforcement. He was released on his own recognizance and scheduled to be back in court Thursday.