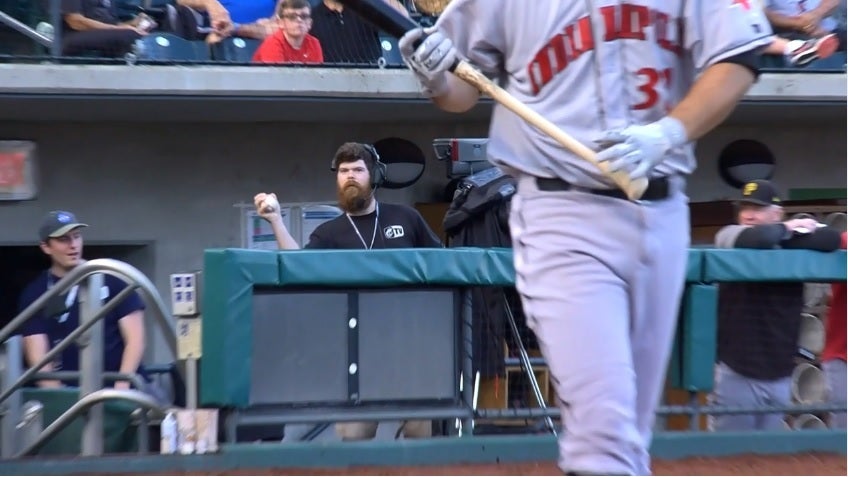 COLUMBUS, Ohio (WISH) — “Give this man a contract.”

That was the refrain (and top comment on Reddit) after a cameraman made a great catch at Tuesday’s game between the Indianapolis Indians and Columbus Clippers.

During an at-bat by Indians catcher Jacob Stallings, a foul ball careened towards the camera crew in the dugout.

A quick-handed camera operator with the Clippers crew made a bare-handed stop without even flinching.

“It was a perfect situation,” Ford says. “Huge props to the camera op who shot it, Connor.”

With hands like that, expect Ford to be called up to The Show real soon.