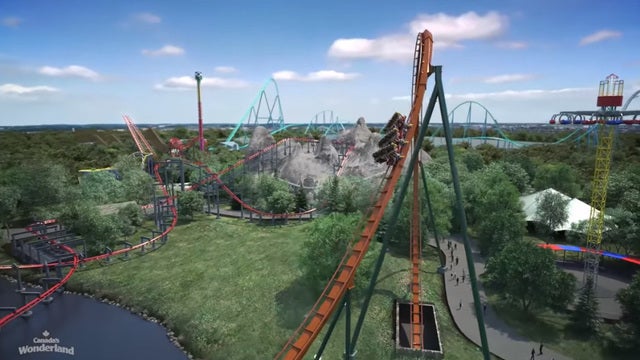 According to the amusement park, the Yukon Striker will feature a drop of 245 feet, reach speeds of 80mph, be 3,625 feet long and be a total of three minutes and 25 seconds long.

The roller coaster cars will also feature floorless stadium seating and the train will pause for three seconds before dropping riders 90 degrees into an underground water tunnel.

There will also be a 360 degree loop never before seen on a dive coaster.

Canada’s Wonderland is in Ontario, near Toronto.

The coaster is expected to open in 2019.