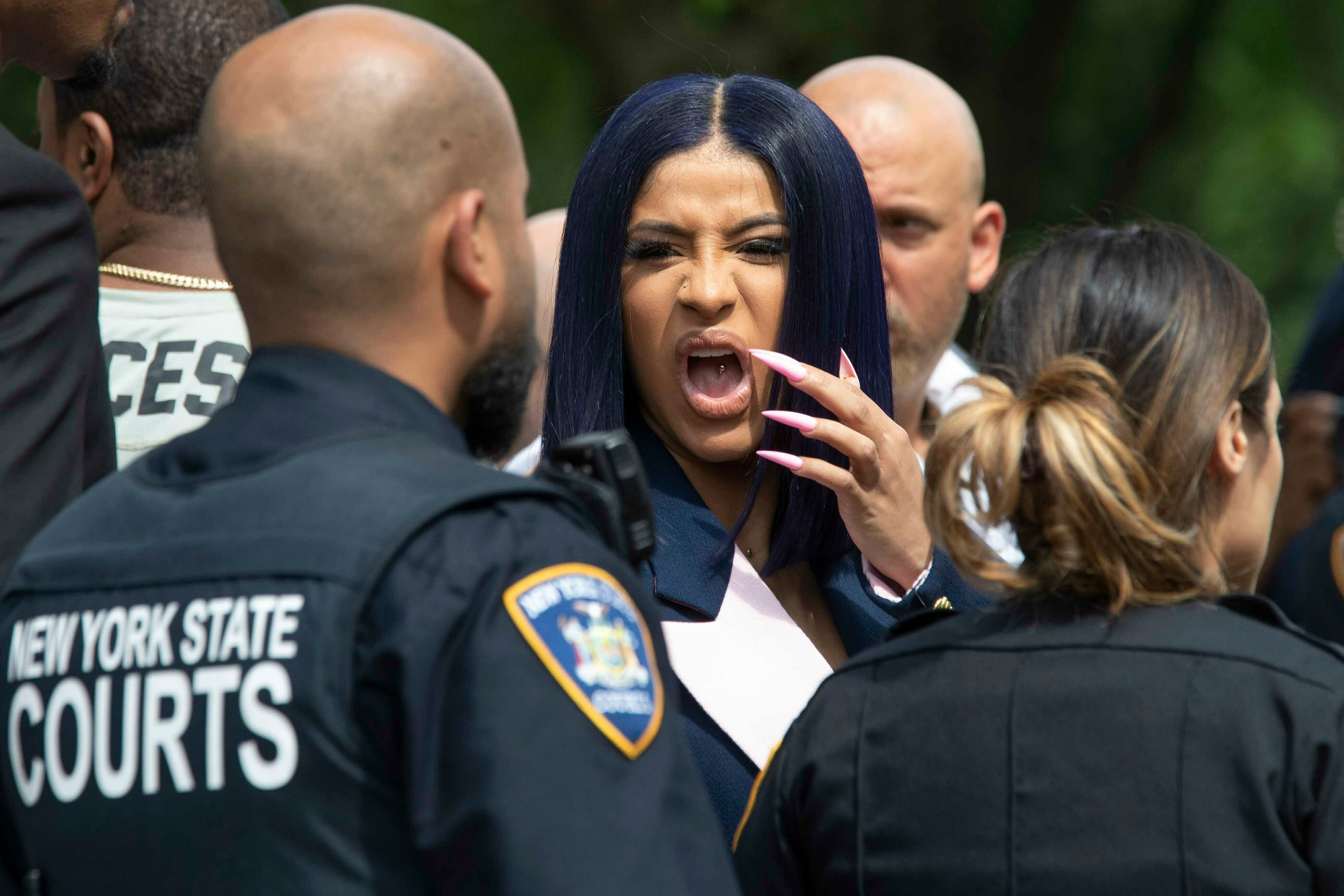 “Not guilty, sir, honor,” said the rapper dressed in a dark blue and light pink pantsuit with her hair tinted blue as she pleaded in state court to two counts of attempted assault and various misdemeanor charges, including harassment, criminal solicitation, conspiracy and reckless endangerment.

The rap star, whose chart-topping hits include “I Like It” and “Bodak Yellow,” has showcased her fashion style at each of her court appearances. She didn’t speak to reporters as she entered and left the courthouse, but waved at a small crowd of fans who shouted her name and took video on their cellphones.

The 26-year-old Cardi B, whose real name is Belcalis Almanzar, and her entourage argued with a bartender at Angels Strip Club, police have said. They say a fight broke out in which chairs, bottles and hookah pipes were thrown, causing minor injuries to the woman and another employee.

Cardi B had originally only been charged with misdemeanors. Prosecutors presented the case to a grand jury after she rejected a plea deal that would have given her a conditional discharge.

Two other defendants in the case who allegedly participated in the brawl also pleaded not guilty Tuesday to similar charges.

The judge set Sept. 9 as the next court date, but the rapper does not have to appear.