Cardi B wins big at MTV VMA, a show that feels flat 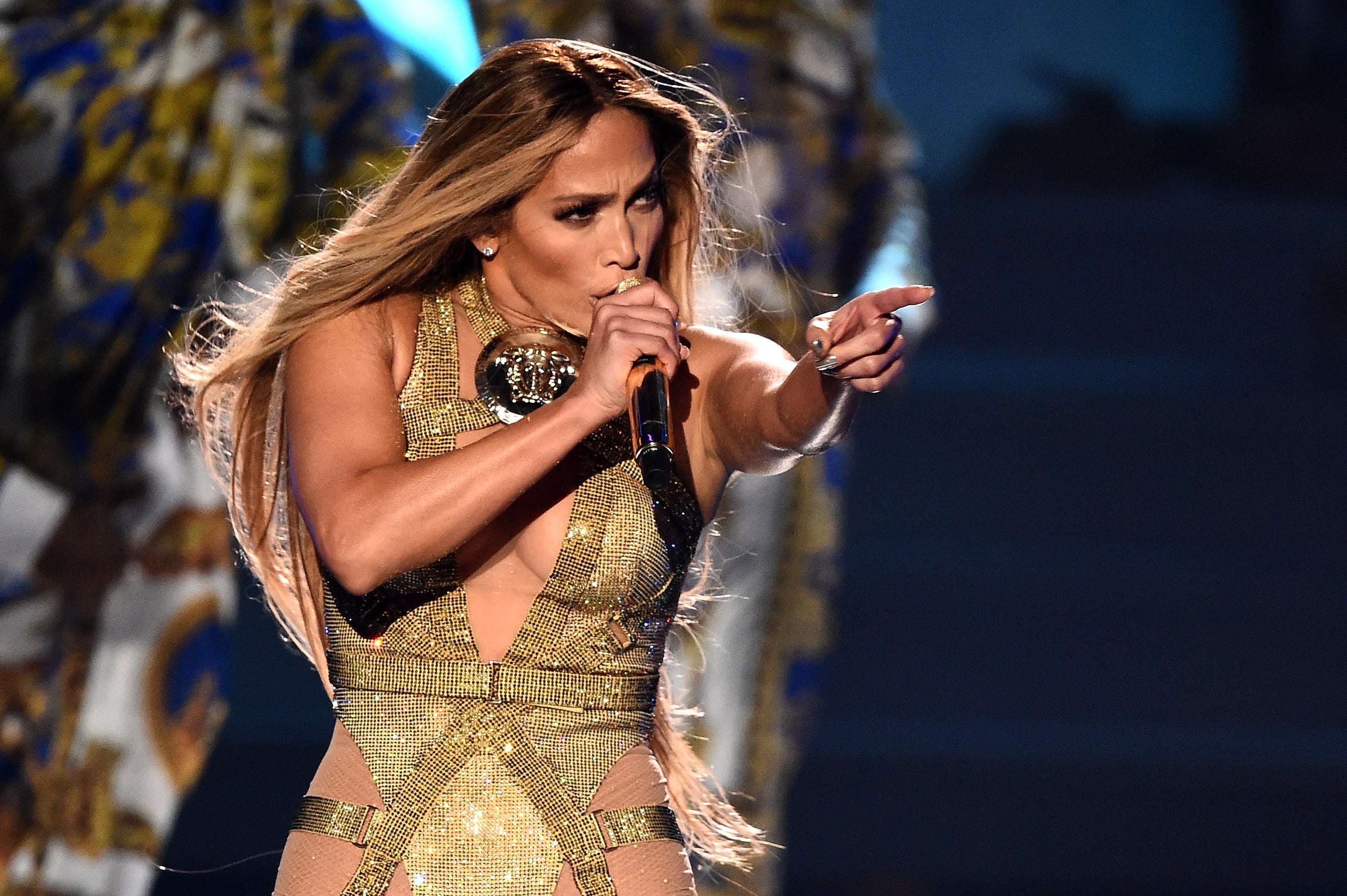 NEW YORK (AP) — With most of music industry’s top acts absent — from Beyonce to Bruno Mars — the MTV Video Music Awards lacked star power and felt flat, and some of the winners turned heads — for the wrong reasons.

Exhibit A: Camila Cabello beat out Drake, Mars, Cardi B, Ariana Grande and Post Malone for artist of the year.

“I can’t believe this is for me,” Cabello said Monday onstage.

Exhibit B: Jennifer Lopez, Cardi B and DJ Khaled won best collaboration for “Dinero” — a song that has peaked at No. 80 on Billboard’s Hot 100 chart — besting the record-setting hit “Meant to Be,” by Bebe Rexha and Florida Georgia Line, and Mars and Cardi B’s anthemic “Finesse” remix.

The show, at Radio City Music Hall in New York, lacked oomph with its performances, too: Grande, backed by several female dancers, was a bore during “God Is a Woman,” but added some excitement when she was joined by her mother, grandmother and cousin onstage at the end of the performance. Travis Scott, whose album is No. 1 for a second week, had strong energy while onstage, but the performance felt like it belonged more to singer James Blake, who is featured on Scott’s album and performed just as long as Scott during the segment.

Hopefully that wasn’t MTV’s tribute to one of music’s best singers of all-time, who died last week.

Lopez, who earned the Michael Jackson Video Vanguard Award for lifetime achievement, provided the night’s most energetic performance. She started off slow — Kylie Jenner and Scott’s unamused faces perfectly captured the vibe — but she hit a strong stride when she sang old smashes like “Jenny from the Block,” ”I’m Real” — where Ja Rule joined her onstage — and “All I Have,” which showed the skilled dancer’s vocal range.

But Lopez’s speech was more stirring than her fun performance: She was emotional as she thanked her children and beau Alex Rodriguez onstage at Radio City Music Hall in New York.

She was teary-eyed and looked at her “two little angels,” as she called them, and said, “I stand here stronger and better than ever … so thank you Max and Emme.” She called Rodriguez, who filmed her performance with his phone, “my twin soul.”

“My life is sweeter and better with you in it,” she said.

While Lopez’s speech went for the heart, Cardi B aimed for jokes. The rapper, in her well-known silly demeanor, “opened” the show — not with a performance, but with cute jokes. The new mom was onstage pretending to hold a baby, but she then revealed to the audience that it was actually a Moonman, which she won earlier in the night for song of the summer for her No. 1 hit, “I Like It,” with Bad Bunny and J Balvin.

Cardi B, who gave birth last month, also won best new artist and said people told her she was “gambling your career” when she decided to become a mother.

“I had the baby, I carried the baby and now I’m still winning awards,” she said.

She also seemed to take aim at Nicki Minaj, who while promoting her new album last week said other musicians have hired fans to listen to their music.

Cardi said she’s been blessed with fans “that you can’t buy,” looking into the camera and shouting an expletive.

Cardi B was the top contender of the night with 10 nominations. For the top prize, Cardi B and Mars were competing with Childish Gambino’s “This Is America,” Drake’s “God’s Plan,” Beyonce and Jay-Z’s “Apes–t,” Cabello’s “Havana” and Grande’s “No Tears Left to Cry.” But only Cardi B and Grande were on hand for the evening’s festivities.

After congratulating ex-Fifth Harmony member Cabello on her five nominations, presenter Haddish said sarcastically, “Hi Fifth Harmony.” When Minaj accepted an award moments later, she looked to Haddish and said, “Don’t be coming for Fifth Harmony because Normani is that (chick).” Normani currently has her first hit apart from the group with the Khalid-assisted “Love Lies.”

Minaj, who has been a trending topic this week after she madly tweeted about why her new album debuted at No. 2 behind Travis Scott, also provided the first bleeped moment of the night when she told the audience to listen to her Apple Music radio show this week to hear “who the (expletive) of the day award is going to.”

There was a political moment when Logic was joined onstage by young immigrants wearing T-shirts that read, “We are all human beings,” to protest the Trump administration’s separation of migrant children from their parents after they illegally crossed the U.S.-Mexico border. The rapper, best known for the suicide prevention anthem “1-800-273-8255,” wore a T-shirt that read, “(Expletive) the wall.”

As for the top nominees, Beyonce and Jay-Z were behind Cardi B with eight bids for “Apesh–t,” filmed at the Louvre museum in Paris. Gambino’s “This Is America,” which tackles racism and gun violence, earned him seven nominations, while Drake, who gave away $1 million to Miami residents in his “God’s Plan” clip, scored seven nods.

Avicii, who died in April, won for best dance for “Lonely Together” alongside Rita Ora.