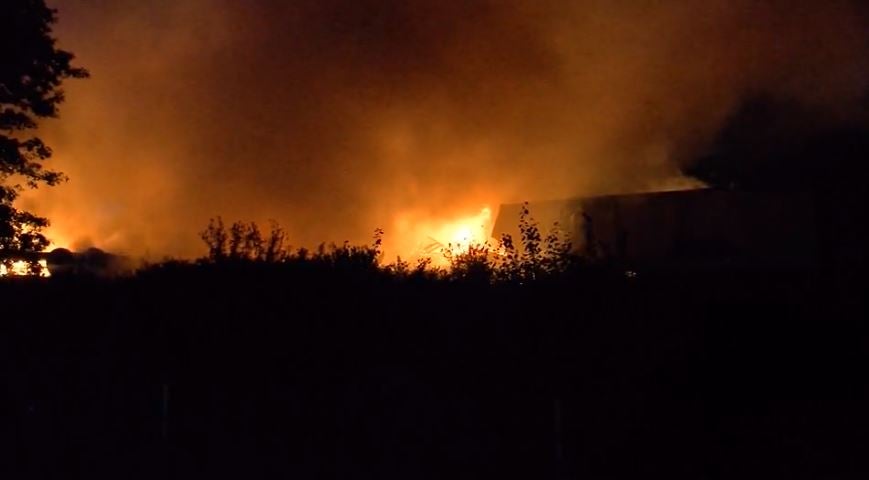 TOLEDO, Ohio (AP) — A Toledo Port Authority official says a cargo plane crashed as it was approaching the airport, bursting into flames as it struck several unoccupied vehicles.

Authorities say the crash happened around 3 a.m. just east of the Toledo Express Airport at an auto repair shop. The plane hit multiple unoccupied vehicles at the shop not far from the Ohio Turnpike.

Joe Rotterdam is manager of airport operations with the Lucas County Port Authority. He says the wreckage involves several pieces of the plane over a large debris field.

Rotterdam said it’s believed two people were aboard. It is unclear if they survived the crash and a search of the scene is currently underway.