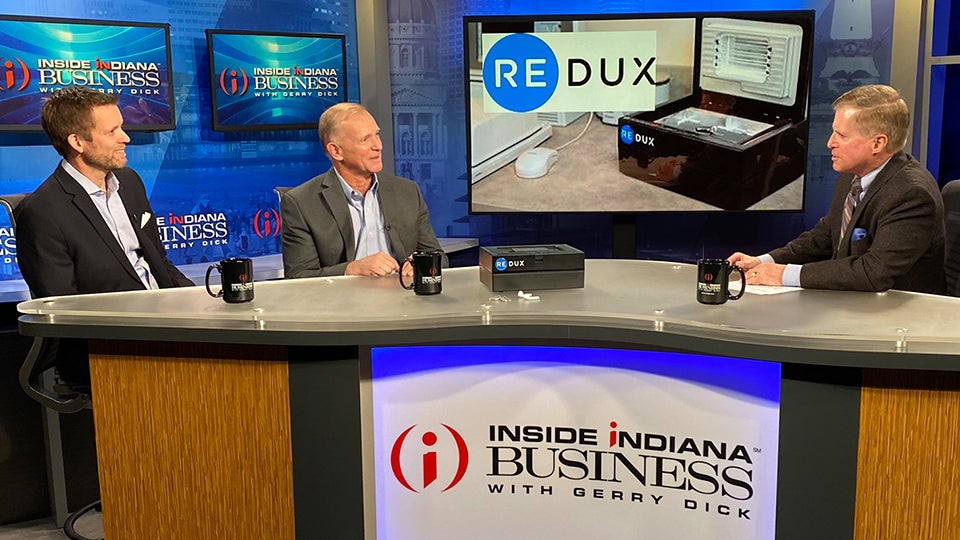 CARMEL, Ind. (Inside INdiana Business) — A Carmel-based company that developed technology to remove moisture from electronic devices such as mobile phones and tablets is expanding to other types of devices. Redux says it uses a vacuum drying system that is combined with real-time humidity level measurement to vaporize liquid at a low temperature.

The company, founded in 2013, is now looking to help the hearing impaired with their hearing aids or other hearing instruments.

Redux says the company is currently in 2,300 mobile phone retail stores and expects that number to increase to 3,000 in the first quarter of 2020. On a recent edition of The INnovators with Dr. K, Chief Executive Officer Reuben Zielinski said there is a growing market for the technology with hearables.

“There’s approximately 50 million people in the United States that are hard of hearing; only about 20% are served and there’s 470 million worldwide. We believe we can serve a vast majority of those,” said Zielinksi. “If we look ahead in the next 3-5 years, using the same mobile phone retail market business plan that we have, we think this could be a $100 million a year business.”

Zielinski says any hearing instrument that goes into the ear canal is going to take in moisture from perspiration. Matt Hay, director of audiology sales for Redux, says the technology can dry a device in under 15 minutes. He says, in addition to hearing aids, the service can help other instruments meant for noise cancellation or noise amplification.

Zielinski adds the future looks bright for Redux and its technology.

“We’re working with the hearing care professionals; we’re working with the manufacturers. Everyone realizes that this is a problem. The FDA is changing their regulations in 2020 and they’re going to allow over-the-counter sales of hearing aids, so we believe there’s a huge retail market play for over-the-counter hearing aids, as well as the professional segment.”

You can view the full interview from The INnovators in the video above.