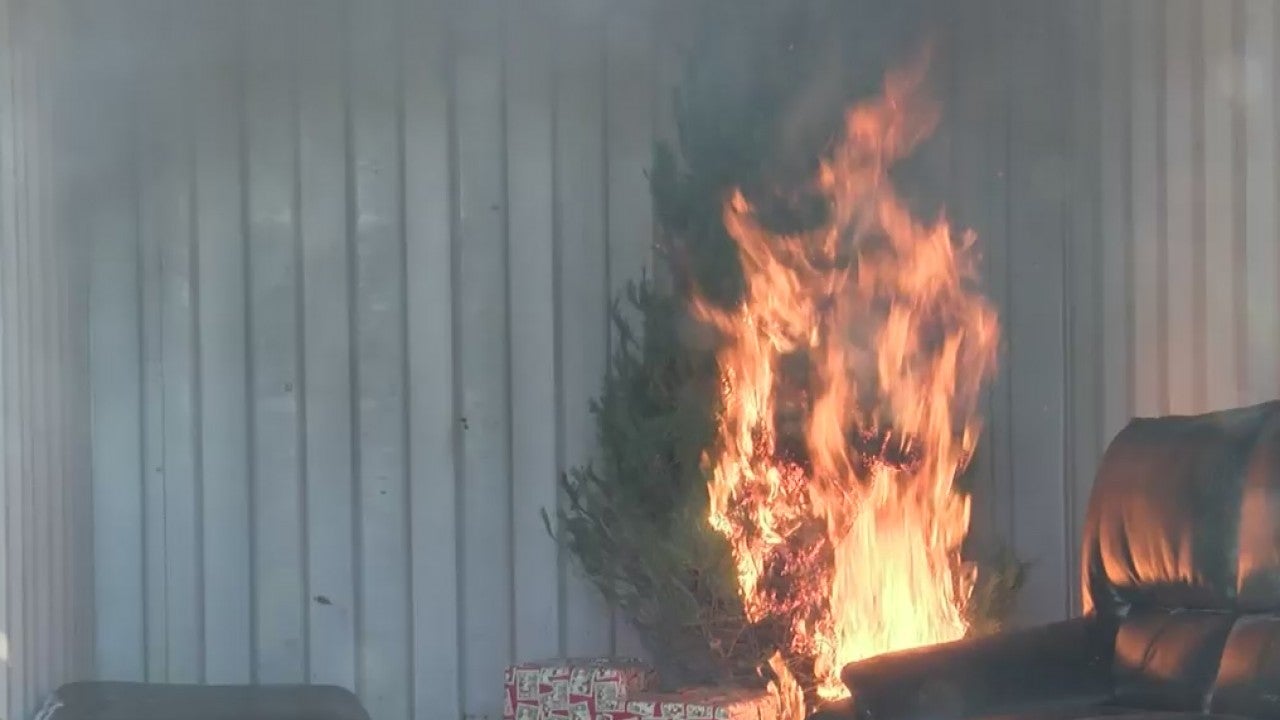 CARMEL, Ind. (WISH) — It only takes seconds for a Christmas tree to go up in flames and your holiday ruined.

Firefighters lit up two Christmas trees at their training center as part of a safety demonstration. One tree was dried out for several days and another was watered. Public information officer Tim Griffin said it’s important to water your tree a gallon a day in order to help prevent a fire.

“It was probably 60 seconds before it was really going. We had a paper trail that lit it and when all of those dried needles took off it really went big,” said Griffin. “We’re in a controlled environment here in a medal tin. Imagine in your home, curtains, carpet, couches, kids toys anything like that right away those things are going to catch fire.”

Griffin said it’s important to keep your Christmas tree away from heat sources as it’s one of the most common ways a tree can catch fire.

On average, one of every 31 home Christmas tree fires results in a death, according to the International Association of Firefighters. It’s also recommended to watch your Christmas lights. Make sure they’re turned off before going to bed, use non-flammable decorations and LED lights and don’t link more than three strands of holiday lights.

“Throughout the holiday season when it’s over we take all our lights we hopefully rolled them up and put them away, but we take them out just like anything they get tangled and you start pulling and trying to get them apart,” Griffin said. “You may not know that you’ve frayed some of those wires and with that happening those wires can cause some sparks.”

Carmel Fire Department is reminding people to check if smoke detectors are working throughout your home as it will make a difference between a merry or disastrous Christmas.

“Candles are a big fire source throughout the winter, but also during the holiday season. Make sure if you’re going to have a candle it’s always intended and before you leave shut it off,” said Griffin. “The other thing throughout the holiday season is not only with Christmas trees, but we’re rushing around, we’ve got all our family members coming over and we’re cooking and you may walk away leave something on the stove and the next thing that catches.”

The fire department advises you to quickly evacuate and call 911 if your tree does catch fire. Do not put it out yourself.