Carnival shut down after children injured on ride 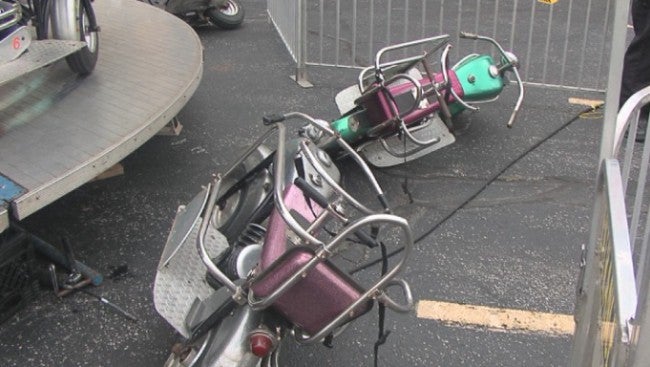 LAFAYETTE, Ind. (WISH) — A carnival in Lafayette has been shut down after several children were injured on a ride.

The Lafayette Police Department were called to the 2200 block of Elmwood Avenue in Lafayette just after 7 p.m. Tuesday night.

Police said the ride that the children were on had “come apart.”

Several children were hurt and taken to local hospitals. LPD said none of the injuries were life-threatening.

The State Inspector said an inspection was already set for Wednesday.

LPD said the entire carnival has been shut down indefinitely until several inspections take place.

Police said the operators, Jessop Amusement, are cooperating with authorities.