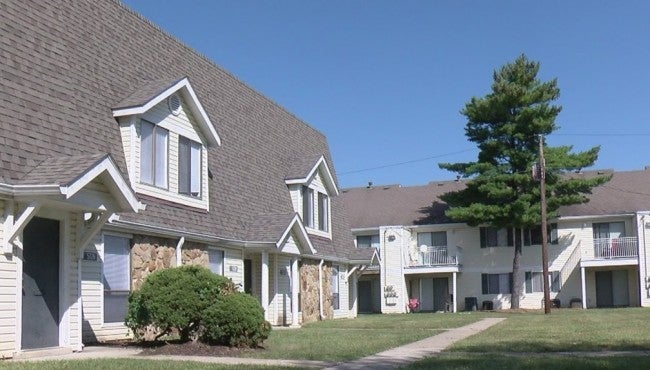 INDIANAPOLIS (WISH) — An intruder messed with the wrong family.

Police said he kicked in the front door of a family of four.

Now, that man is dead. Officers said the father shot the suspect.

It happened late Thursday night at the Cottage of Fall Creek apartments near 56th Street and I-465 on the northeast side.

Police said the intruder actually had the wrong home. They say the 34-year-old man thought he was knocking on his children’s mother’s door. She had a protective order against him that he violated at least twice this month, police said. But this time, he won’t get another chance.

Red and blue lights lit up the apartment community. In the aftermath, a man is dead, and a family of four is alive.

But this story could have had a much different ending.

The family — mom, dad and two young children, ages 2 and 4 — were inside the comfort of their own home. Around midnight, there was pounding on the front door. They told the suspect that he had the wrong address. He left, then came back, not taking “no” for an answer.

When the intruder began kicking in the door, the dad sent his wife and kids to hide. The suspect got in, and the dad shot him multiple times. He was pronounced dead on the scene.

“The exposure that they had may mark them forever. They may always remember it. But it could’ve went a worse way too if they weren’t protecting themselves,” said Aaron Woodson, who lives and works in the neighborhood.

Police said this was an act of self-defense. Homeowners acting in self-defense is something we’re seeing on a more regular basis. So far this year, Indianapolis Metropolitan Police Department has responded to 11 self-defense homicides. Altogether, there have been 102 homicides, according to IMPD.

“People should be able to defend themselves. All for it,” said Blaze Tate, who lives in the neighborhood.

Clint Tucker also lives in the neighborhood and added, “Because if you don’t, they can do anything they want to you at any time.”

Police said the suspect was not armed with a gun. His identity will not be released until his family is notified.