Casey Anthony, O.J. Simpson may star in reality show together 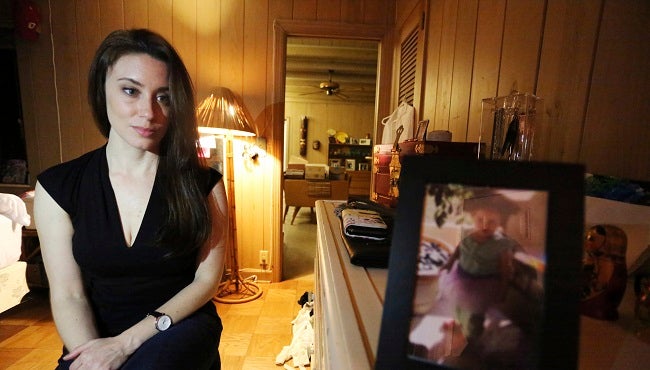 (AP/WISH) – People are freaking out after In Touch magazine exclusively revealed Casey Anthony and O.J. Simpson may star in a reality show together.

According to the magazine, the two are talking about starring in a series together after they were acquitted of murder.

“It will give viewers the inside story on the aftermath of living with the horrible crimes they were ultimately acquitted of,” a source told In Touch.

Ex-professional football player, O.J. Simpson was acquitted of killing his wife Nicole Brown Simpson and her friend Ron Goldman in 1994.

After he was acquitted he was charged for armed robbery and kidnapping where he is doing a 33 year sentence. In Touch says there’s a chance he won’t serve the full sentence.

A parole board will decide in October if he will be released early. Sources say he’s putting Anthony on his visitor list.

Anthony was acquitted as well of killing her daughter Caylee Anthony in 2008.

“She says both defendants were tried unfairly in the court of public opinion. Anthony, 30, now works for Patrick McKenna, who was the lead private investigator on her case and who also worked on Simpson’s. Anthony also lives in McKenna’s South Florida home,” the Associated Press stated.

Below is an exclusive conversation between the Associated Press and Casey Anthony on how she sees a lot of similarities to Simpson’s case.

THE ASSOCIATED PRESS: When did you start digging into O.J.’s case? And is that because you are wanting to get better at your job?

ANTHONY: I was curious because I overheard him speak so much about the case.

ANTHONY: Pat, yes. And, I had overheard the critiques and criticisms he has received. And every time there is a stupid O.J. thing that pops up, half of my DVR is all O.J. crap.

ANTHONY: Yes. After all these years, F. Lee Bailey, if Johnny Cochran was still alive, 100 percent he would still be fighting for O.J.’s innocence.

AP: Do you feel like you have a connection to O.J. Simpson in a way? You both … were acquitted, I know you’re trying .

ANTHONY: We were both extremely high-profile cases, where there were a lot of distorted facts and things …

AP: Right, so you feel you are in the same boat in a way?

ANTHONY: There are parallels.

ANTHONY: There are a lot of parallels. And I can empathize at least a little bit with his situation. And, I don’t like the fact that after all these years – the system worked, and I’ve gone through Pat’s notes, I’ve gone through Pat’s files. I can say, independently – without just being biased because of my connection to the investigator – I can say from what I have researched, the timeline doesn’t make sense. O.J’s hand was twice the size of the glove even if it was left out in the rain and shrunk. His hand could have never, under any set of circumstances unless he was 5 years old, would have ever fit in those gloves. There were at least 10 different types of shoes that could’ve made those same tread marks as those Bruno Magli shoes.

This is how social media is responding about the possible reality show.

OJ Simpson and Casey Anthony have a reality show in the works but can’t decide on a name because How to Get Away with Murder is taken- josh deeznuts (@josh_dziadek) March 23, 2017

Fox and Friends is teasing some reality show featuring Casey Anthony and OJ Simpson? If that were to be true, it’s sad and disgusting.- Neva (@pipandbaby) March 24, 2017

Casey Anthony is pregnant with twins and is making a reality show. That makes me legitimately angry.- Emma Klee (@emraek) April 1, 2015