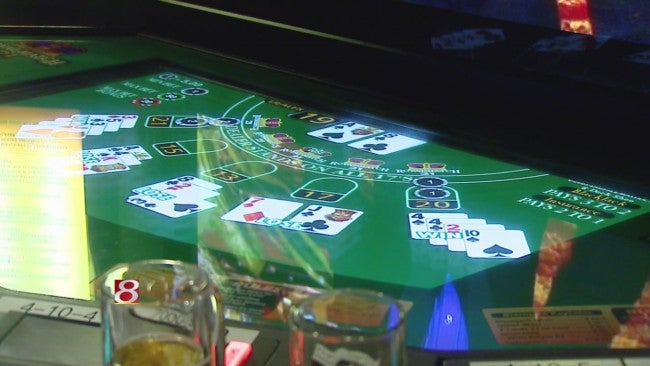 INDIANAPOLIS (WISH) – Live dealers at central Indiana racinos are one step closer to reality, however, opposition is growing.

If live dealers come to Anderson and Shelbyville it could hurt the business at two southern Indiana casinos in Rising Sun and French Lick.

It’s why efforts to help out the gambling industry in this state have also sparked a battle between casino owners.

Employees of the Rising Star Casino in Rising Sun showed up at the Statehouse in force dressed in blue in an effort to stop the bill aimed at making Indiana casinos more competitive with casinos in other states.

But it had no effect on the House Ways and Means Committee.

It passed the bill that also lets riverboats move on land and gives them incentives to do so.

“And so what we offer,” said Rep. Tom Dermody, “is a ten percent tax credit up to $40 million on any type of construction at their facility.”

For the people in Rising Sun it’s no consolation.

“We don’t have the money go on land, anyway,” said CEO Dan Lee.

They believe presence of video dealers in Anderson and Shelbyville is the only reason they attract customers from Indianapolis.

“Well, that’s the only competitive edge we have,” said Lee. “So the question is whether we can stay in business.”

It’s a position also held by the owners of the French Lick casino.

“With all the competition looking to come in from Kentucky and other places,” said Steve Ferguson of the Cook Group, which owns the French Lick casino, “it just makes it a very, very difficult situation.”

Jobs are on the line but it’s not just a question of how many but also where those jobs will be located.

The reality is that the majority of Indiana casino owners will benefit from the current bill which also includes new tax breaks.

They kept a low profile Thursday but lawmakers are listening to them.

The bill now goes to the full House.