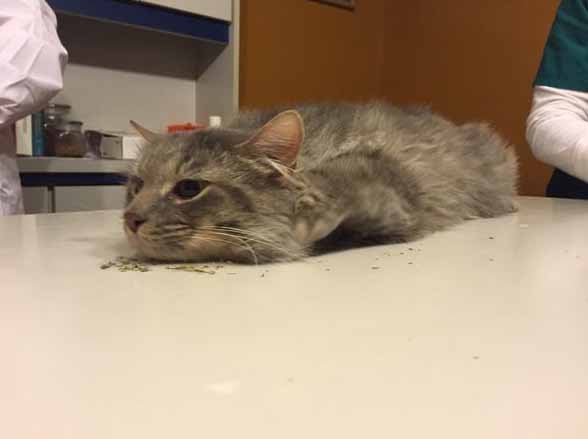 OLD CHATHAM, N.Y. (WOOD) – A cat is recovering after it was found frozen on the side of the road in New York on Thursday.

WTEN reports around 2 p.m., R.J. Poulter was on Route 13 in Old Chatham, about 25 miles southeast of Albany, when he noticed the cat out of the corner of his eye.

The cat was given to Little Brook Farm in Old Chatham. He was warmed by the fire and appears to be doing well.

Poulter initially thought the cat was dead because it was covered in snow and ice, but when he realized it was breathing, he had to literally peel the cat off the road because it was frozen and stuck.