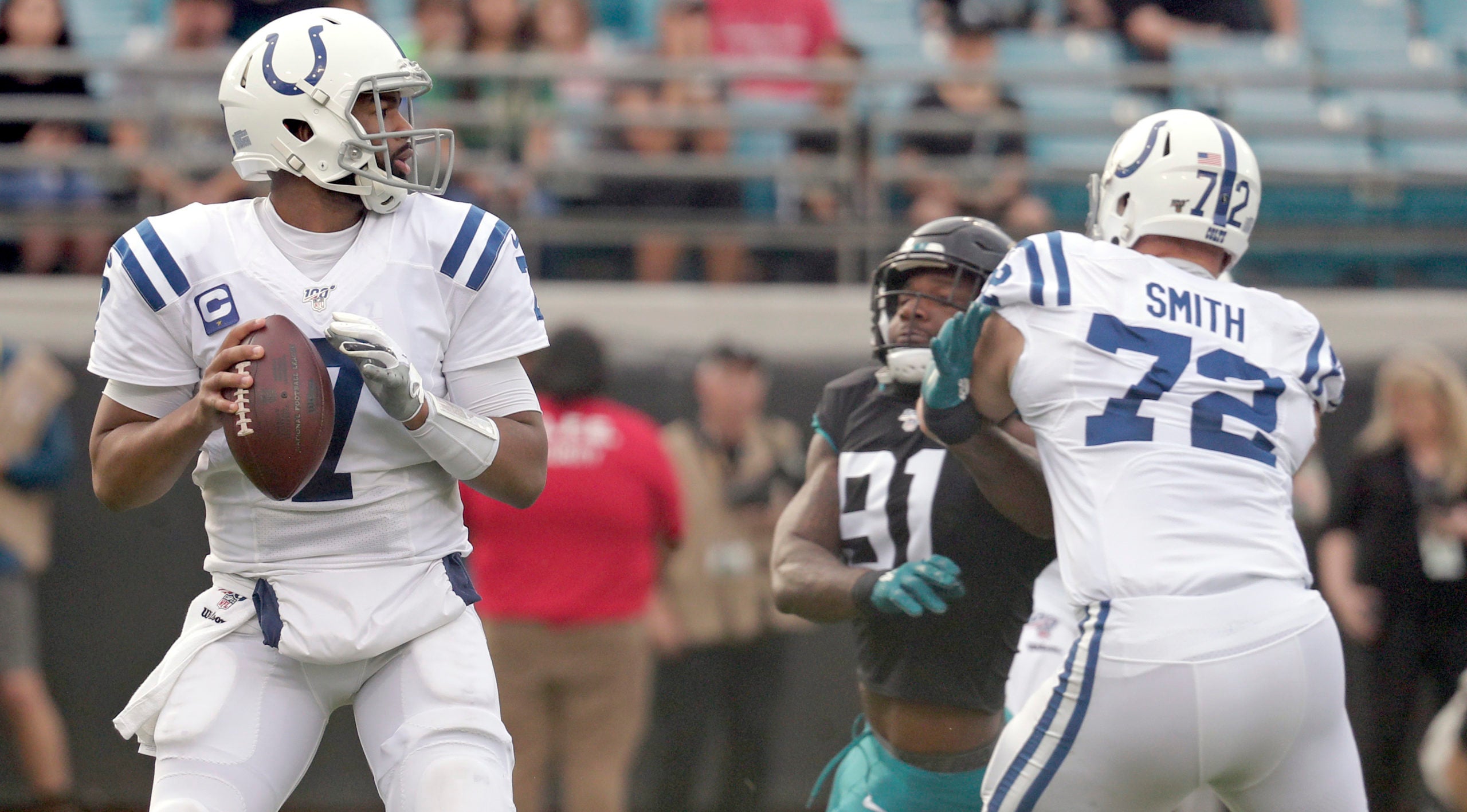 The rookie threw for 295 yards and three touchdowns as the Jaguars beat Indianapolis 38-20.

Minshew surely strengthened his case to be the team’s starting quarterback in 2020. Coach Doug Marrone might be around, too.

Minshew and the Jaguars certainly made Marrone look good in the regular-season finale for both teams.

This is it everyone — the end of the road in Jacksonville. The Colts’ 2019 campaign comes to an end as they try to find solace in finishing .500 on their season.

Sunday is about beating a divisional opponent and proving this team has what it takes as off-season construction starts circling in.

“Really the theme is focus and finish, digging down on things that we know matter for this Sunday and things that carry over,” said Colts head coach Frank Reich. “We want the kind of guys with the kind of character who are gonna play in these kind of situations, not that we want to be in this situation, but that’s who these guys are.”

“This game is played very tough…you know that you got all the other guys risking everything for you, so it makes you want to get a win,” said Colts linebacker Darius Leonard. “You know you want to be 8-8, you want to finish the season of strong.”

“I think that’s what it’s all about,” said Colts quarterback Jacoby Brissett. “We got one more opportunity to suit up with this group of guys. I think everybody you know has bought into that and that’s the message going forward.”

Brissett gets one final opportunity to prove he’s the right fit for this franchise and to prove his offense is more than one-dimensional.

Speaking of that strong side, the rush attack gets to finish what they started. Offensive guard Quenton Nelson is cleared for duty.

The kickoff is flexed for 4:25 p.m. at TIAA Bank Field in Jacksonville, Florida.

Be sure to switch back to WISH-TV for the postgame show after the game.