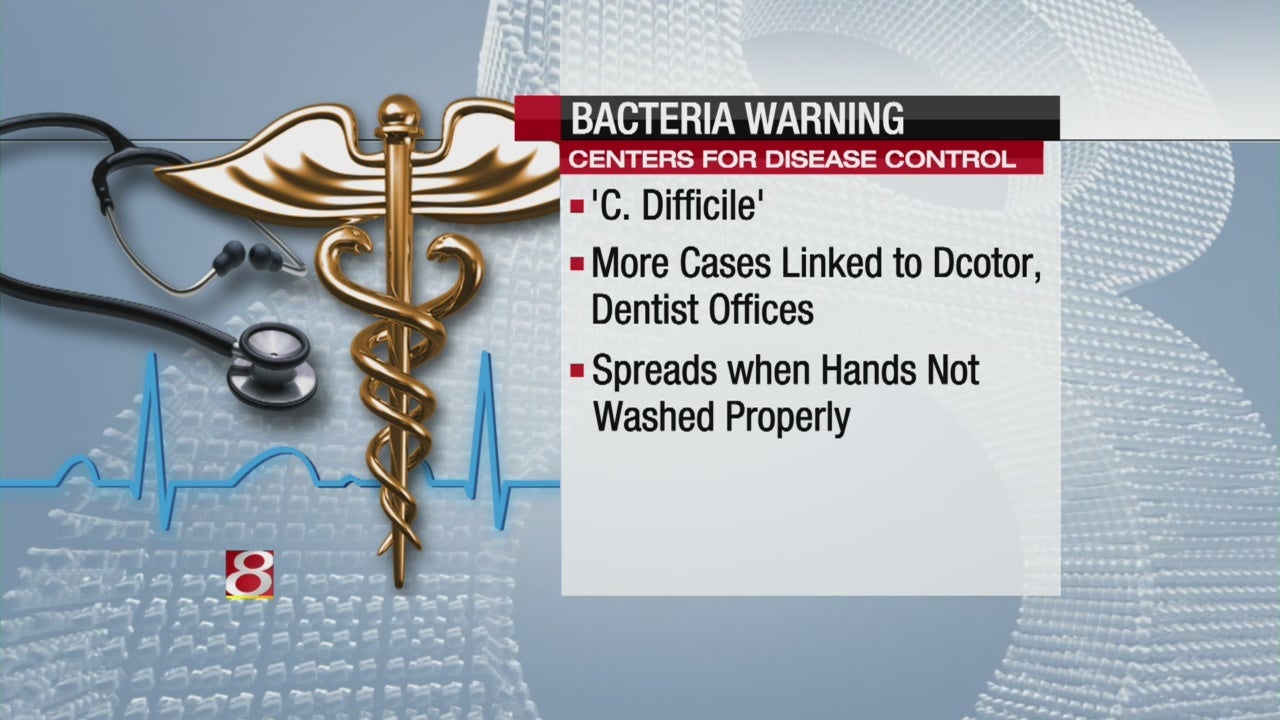 WASHINGTON, DC (WISH) – The Centers for Disease Control warns about a bacteria with deadly symptoms.

Health officials say it may be lurking at doctors’ offices.  According to the CDC, the bacteria Clostridium Difficile (C. Diff), in the past, was found mostly in hospitals.  But, a new study suggests a substantial amount of people contracted the bug at their local doctor’s or dentist’s office.

The CDC says it spreads when health workers touch contaminated surfaces and do not properly clean their hands.

The bug is not a threat to healthy people, but it is a threat to the elderly or anyone taking certain antibiotics that get rid of disease fighting bacteria the body naturally produces.

If infected, C. Diff can cause deadly intestine and colon issues.

The study published Wednesday in the New England Journal of Medicine shows nearly 500,000 Americans are infected by and about 15,000 people die from the infection each year.

The study also says that 150,000 people who came down with C. Diff had not been to the hospital.  But, 82 percent had been to a doctor’s or dentist’s office 12 weeks before diagnosis.

The CDC is so concerned, it’s beginning a new study to try to get to the bottom of this.

Until the CDC has more answers, they’re asking everyone to wash their hands after visiting the doctor’s office with soap and water because alcohol-based gels don’t get rid of the bacteria.

Also, they say, unless it’s absolutely necessary, stay away from strong antibiotics because they wipe away good bacteria that helps keep C. Diff at bay.