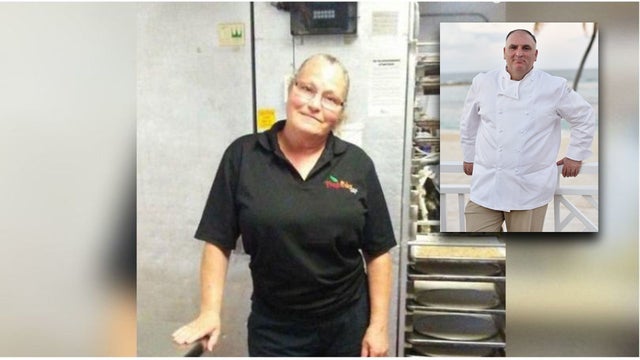 CONCORD, N.H. (WNCN/AP) — Bonnie Kimball, the former cafeteria worker who was fired for giving a student free lunch, may have another opportunity — if she so chooses.

When one door closes, another opens.

Chef José Andrés, who is known for his humanitarian efforts in feeding disaster-ravaged areas, including North Carolina, Texas and Nebraska, took to Twitter to offer Kimball an opportunity to apply to work for his nonprofit World Central Kitchen.

“The hero is Bonnie Kimball! If she needs a new job we have openings @thinkfoodgroup”, he said in the tweet.

Kimball was fired by her employer, a third party vendor after she told a student, “‘tell (your) mom you need money,” and provided lunch after seeing the student had zero funds in their school lunch account.

“It was my life for five years. I went and I took care of another family,” Kimball told reporters. “You don’t just lose a family member, be OK and move on.”

Kimball’s employer, Manchester-based Cafe Services said in a statement Thursday it “would never authorize an employee to not feed a student or staff member a meal.” The spokeswoman would only say an employee “would not be let go because they provided this lunch to a student.”

As for Andrés, he started the World Central Kitchen in 2010 after Haiti was damaged by an earthquake, according to Fortune. His mission is “wherever disaster strikes feed people, especially those who are hardest to reach”.

There is no word on whether Kimball has applied for any positions within Andrés non-profit, but it’s surely a story worth keeping tabs on.