Celtics select Romeo Langford with No. 14 pick in NBA draft 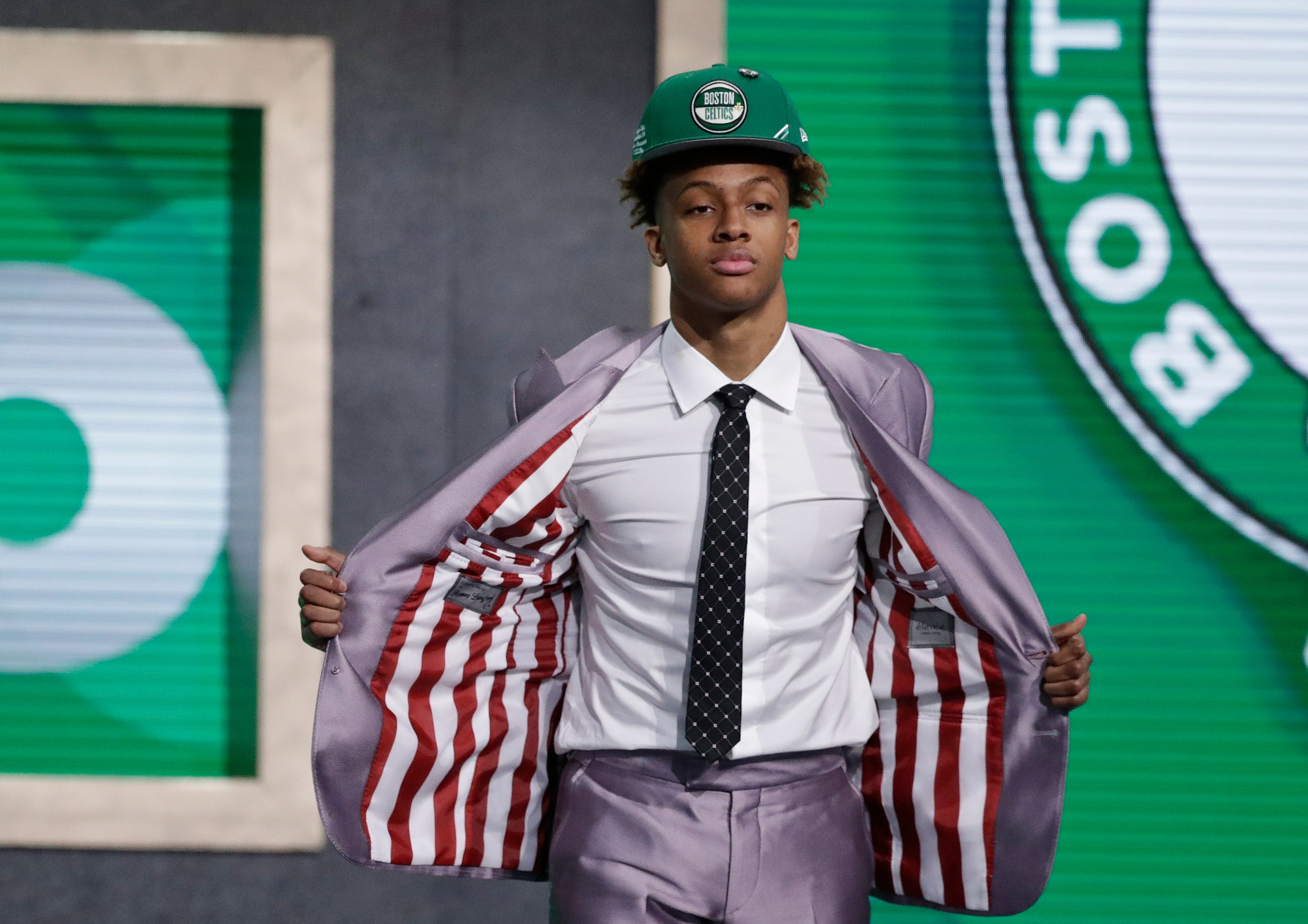 BOSTON (AP) — The Boston Celtics selected Romeo Langford with the 14th pick in the NBA draft as they look to fortify a roster facing massive uncertainly with free agency looming.

In his lone season at Indiana, the 6-foot-6 Langford played through a thumb injury and led the Big Ten and finished sixth nationally in freshman scoring, averaging 16.5 points. He is the third wing player Boston has selected in the first round in the last four drafts.

“I knew what I was capable of doing. I’ve been doing it for a long time,” Langford said after his selection.

It could be an interesting night as Boston trudges into the start of free agency on June 30 knowing that pursing All-Star center Anthony Davis is no longer a possibility after the Pelicans agreed to trade him to the Lakers. The Celtics also could potentially lose two All-Stars this summer with Kyrie Irving and Al Horford having elected to out of their player options for next season.

But after injuries to both disrupted their first season together in 2017-18, infighting and inconsistency resulted in a woefully disappointing finish this past season.

The preseason favorite in the Eastern Conference, the Celtics finished the regular season 49-33. They were eliminated 4-1 in the conference semifinals by the Milwaukee Bucks.

In recent days both Irving and Horford informed the Celtics of their intentions to seek deals with new teams.

That combined with Boston’s potential pursuit of Davis recently thwarted has suddenly left the Celtics facing lots of questions this offseason.

Boston still has a solid core of talented young players, led by Marcus Smart, Jayson Tatum and Jaylen Brown. But they could lose another young asset this summer in Irving’s backup Terry Rozier, who is a restricted free agent.