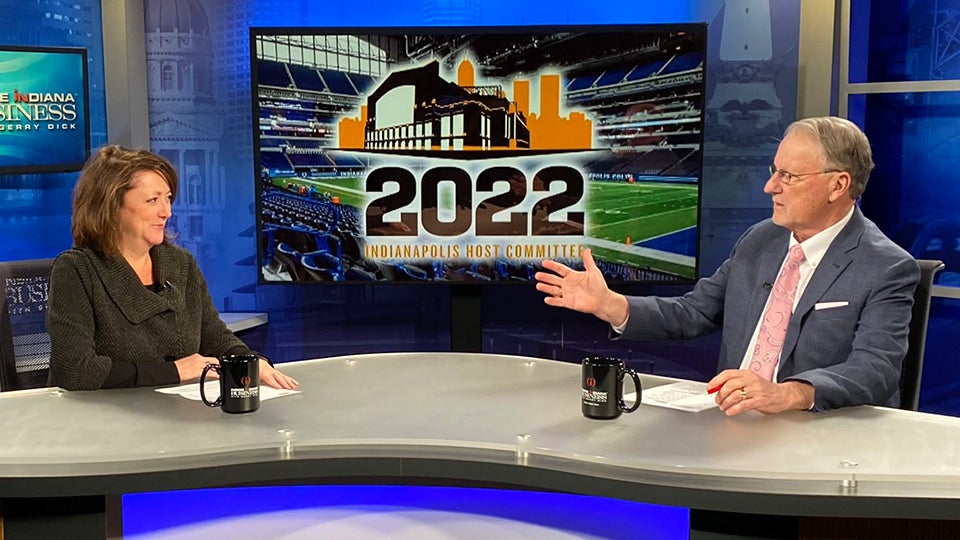 INDIANAPOLIS (Inside INdiana Business) — Members of the host committee for the 2022 College Football Playoff National Championship Game Indianapolis recently traveled to New Orleans to check out this year’s game. Susan Baughman, president of 2022 Indy College Football Playoff Inc., says the group walked away with lots of ideas on what could be done when the game comes to central Indiana. She says New Orleans as a host has many similarities to Indy, but there is room for improvement.

Baughman discussed the trip in an interview with Inside INdiana Business sports contributor Bill Benner.

“We went down with sort of a split focus,” said Baughman. “We went down as the host committee, so we had official seminars and meetings and very specific information we were trying to get, but we also took the route as a fan. So we went to all the fan events. We tried everything out and we figured out really what’s the same and what’s different for Indy.”

Baughman says the proximity of the stadium in downtown New Orleans is similar to Indianapolis.

“I feel like Indy’s connectability to the hotels, the fan events and the stadium really are unparalleled anywhere else, but it gave us that idea of density of fans. How do you get the fans around? How do you keep the traffic flowing and trying to figure out how it can all work best together.”

New Orleans had some weather issues during this year’s game and Baughman says the host committee will be planning for the January weather in Indianapolis. That said, Baughman adds they’re still planning to have fun outdoor events for the fans.

“We will have a lot of public free events. We’ll have a concert series happening. There’s going to be a very large fan fest, which is very well done. There’s a free media day, so fans can come and tune in and listen to their favorite coaches and athletes speak to the media. And there’s a general tailgate area, which will be in our whole downtown.”

Indianapolis will be the first city to host the CFP National Championship Game that doesn’t also host a bowl game. Baughman says that gives Indy an advantage because it creates a singular focus toward the CFP game.

Prior to traveling to New Orleans, the host committee unveiled its logo for the game and announced its full slate of officers and board members.