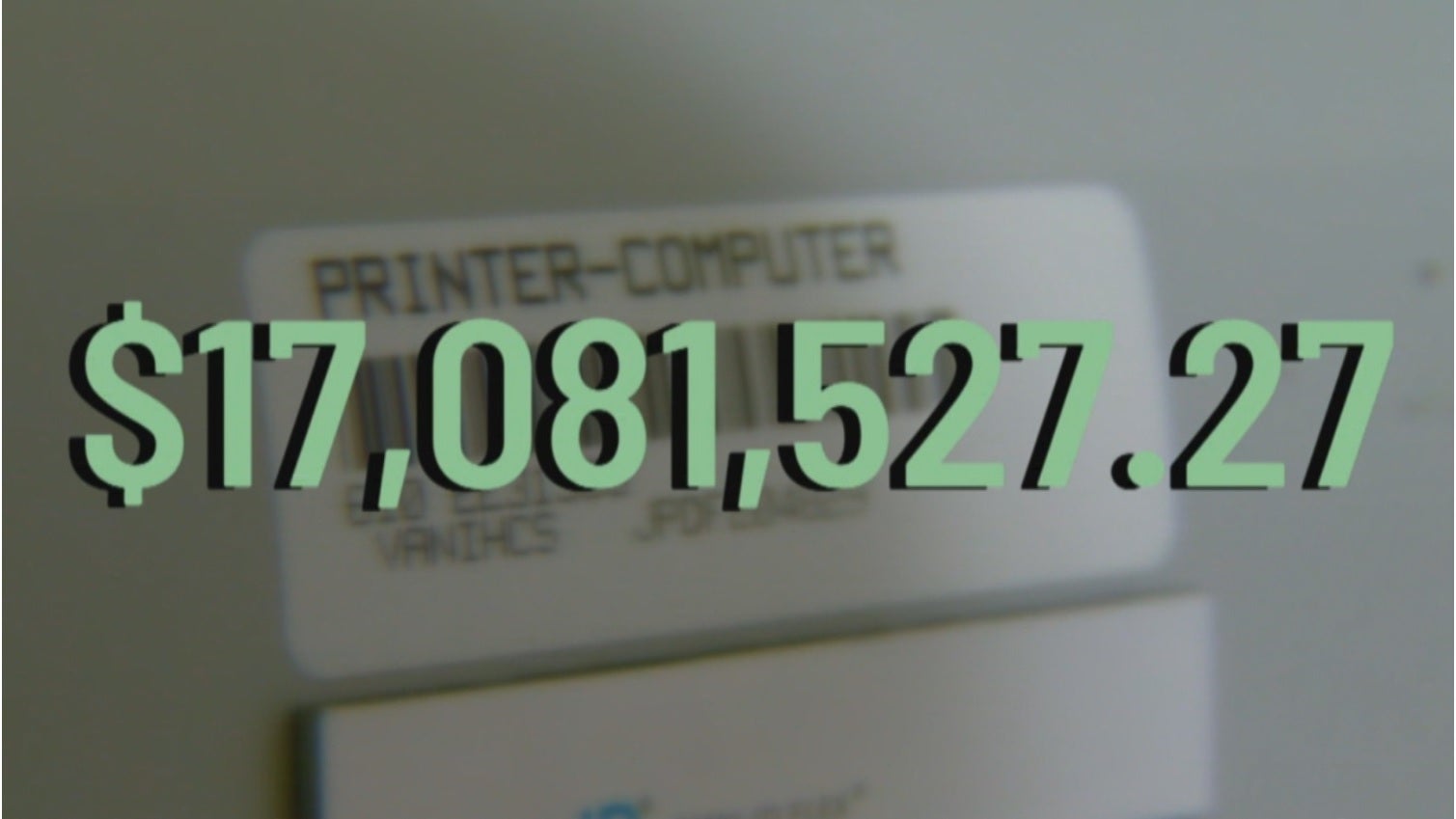 INDIANAPOLIS (WISH) — We have all lose things from time to time. But what happens when you lose something that doesn’t belong to you?

In six years, the state of Indiana reportedly lost more than $17 million of state property — things paid for with your tax dollars.

You pay taxes to keep our state running. That money buys things all the different agencies need to do their jobs: Guns for the Indiana State Police, office equipment for the Department of Administration, cooking utensils to be used in correctional facilities. Thousands of items like those, paid for with your tax dollars, have been reported lost.

I-Team 8 filed an Access to Public Records request for lists of all the lost and stolen state property for fiscal years 2013-17. There were thousands of pieces of missing office equipment, along with more random things:

Indiana Auditor of State Tera Klutz gets this data every year, showing thousands of items reported to her office as missing or stolen.

“Thanks to you and WISH-TV and the research that you’ve done, we’ve been able to take a deep dive into the whole process,” said Klutz.

I-Team 8 reached out to more than a dozen agencies for the story behind strange and high-dollar items they lost. Agencies told us many items had been incorrectly classified as missing and were either disposed of or retired in some cases. A state employee even told us the data has a reputation for being kind of a mess.

We also reached out to the four agencies with the highest total dollar amount of missing items:

All four refused our request for an interview, and instead provided statements:

INDOT takes seriously its responsibility to protect taxpayer investment in equipment used to deliver on our agency’s mission. We are deliberate and thorough in our approach to tracking the location and status of property assigned to the agency. We audit compliance in this area regularly and report to the Auditor of State, as required by Indiana law. Our team routinely reviews the agency’s asset tracking policy and evaluates opportunities to enhance our process.

After reaching out to the asset custodians in each of the program areas, we found the retirement type was incorrectly listed on many of the items. For example, we learned many of the assets are currently in service, while some were placed in surplus but reported incorrectly in the system. Some of our assets had incorrect tag numbers entered into the asset management system. It is now a requirement by our Business Services Division to hold asset custodians accountable for any assets not properly accounted for in the annual inventory.

To respond to your inquiry about FSSA assets reported as missing or stolen, there a few pieces of background information that might be helpful. Your most recent email to me stated that you are interested in FSSA because, “FSSA was among the four agencies that lost the highest dollar amount of state property.”

FSSA has employees in more than 100 locations around the state of Indiana, including six state psychiatric hospitals and at least one office in each of Indiana’s 92 counties. We do have a significantly larger number of assets than the vast majority of state agencies.

FSSA’s process for accounting for missing items went through a massive evolution between 2010 (using the state’s then-new PeopleSoft system) and 2014. Within that timeframe FSSA’s asset management team made its first concentrated effort of full agency wide inventory based on electronic business units.

Several additional things happened in 2014 that impacted the reporting of missing items in that fiscal year:

FSSA reports assets to the Auditor of State and has made significant improvements over time as technology improves. We will constantly improve our reporting and tracking process.

“The Indiana Department of Revenue has reviewed the list provided and through thorough research has determined these items were not in fact lost, but sent to surplus through other agencies. Many of the large items marked as lost were IT servers that were decommissioned during a statewide merge of all servers.”

We got similar responses from other agencies we reached out to. Some agencies placed the blame for incorrect data on the people they hired to gather that information. Others blamed inaccurate data, but would not answer our questions about how they planned to make the data they reported more accurate.

“All I can say is that it is a big deal when you’re saying you’re missing or there’s been stolen that much from the state, and to not go back and go through and see exactly what’s going on with those assets and let’s get them accurate,” said Klutz.

Doctor D. Eric Schansberg is a professor of economics at Indiana University Southeast. When we told him about this data, he was not surprised by all the missing and stolen items but says it’s not ok.

“I think it is relatively small potatoes,” said Dr. Schansberg, “but a million here, a million there, it adds up to real money. And it’s money that, at the end of the day, we would rather be spent on something else.”

Things changed since I-Team 8 started looking into this.

But the question to Schansberg is what amount of money lost should matter to taxpayers?

“The answer to should is one dollar,” he said. “If a public official steals one dollar or someone brings home a few extra sharpies for private use, that should bother us. The question that’s more interesting to the economist, when will it matter?”