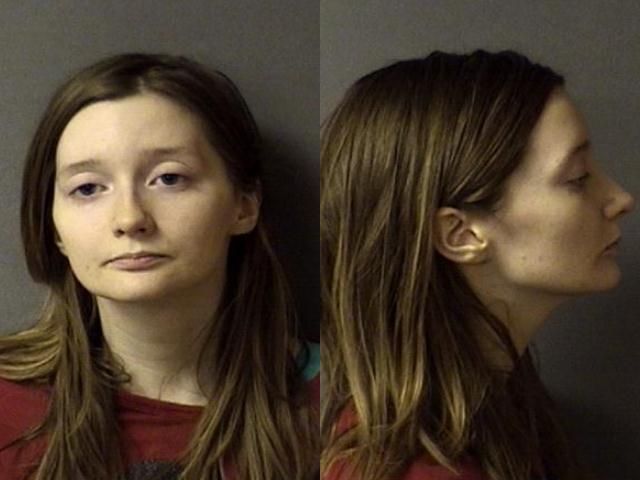 ANDERSON, Ind. (WISH) – A third arrest has been made in the case of a neglected and malnourished Anderson teen who police say weighed just 40 pounds when she was found unresponsive in a home last month.

Anderson Police arrested Crystal Sells Thursday afternoon on charges of battery, confinement and aiding, inducing or causing neglect of a dependent child, according to a probable cause affidavit. Prosecutor Rodney Cummings told I-Team 8 that Crystal Sells, 21, was an “active participant” in the alleged abuse of the 15-year-old girl, identified in court documents only as “M.”

According to court records, one witness told police that she saw Crystal hit the teen with a plastic chair. Another man told police that on the day the girl collapsed in early December 2014, “Crystal and Joetta spent the 3 hours from when she was found unresponsive until the ambulance was called planning what they were going to tell police and healthcare workers so they ‘wouldn’t go to jail.'”

The teen’s legal guardian and Crystal’s father, Steve Sells, is already facing several neglect charges along with his wife, Joetta. Both of them remain in the Madison County Detention Center, per online records.

Prosecutors allege the 15-year-old girl was locked in a room for more than a year, left in deplorable conditions and only released to eat or go to the bathroom. In court documents, Steve Sells told police the girl had “a chromosome problem in her brain which caused her disorder.”

On Tuesday, prosecutors filed additional charges of theft, perjury and welfare fraud against Steve Sells. In court documents obtained by I-Team 8, prosecutors allege Steve Sells misused more than $55,000 in social security funds that were meant for the girl’s care.

“Due to the condition in which the beneficiary was found, these benefits were misused by Sells and not used for the care and support of the beneficiary,” according to an affidavit signed by Marcy Ralston, a special agent with the Social Security Administration.

Neighbors say the whole incident has surprised them.

“I can’t believe it. They seemed like normal people. I guess it just goes to show you that you don’t knowwho your neighbors are,” said Kyle Bernard.

Jama Newman, who lives nearby, said she had never seen the teen.

“No, never. Not once,” she said. When asked about the most recent arrest, Newman said: “I’m glad, finally, I didn’t see why they didn’t charge the Crystal girl in the first place.”