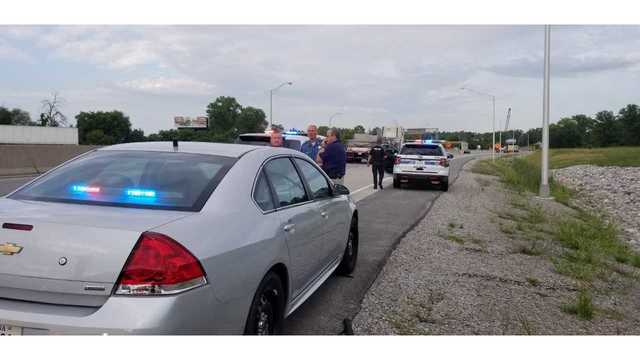 FORT WAYNE, Ind. (WANE)– A felony charge has been filed against a driver in an apparent road rage incident that left one man dead.

Fernandez, who was driving a black Mustang, was in a construction zone on eastbound US 30 at the Goshen Road overpass where traffic goes down to one lane. According to a probable cause affidavit filed Monday, a witness behind Fernandez told police a Dodge Ram moved in behind the Mustang. The pickup truck kept stopping abruptly, according to the witness.

That person told police the driver got out of the Dodge and punched Fernandez several times in the face, the affidavit said. That driver then got back into the pickup and drove away.

The witness went up to the Mustang and found Fernandez with cuts and blood on his face, according to the affidavit.

Fernandez’s condition continued to deteriorate as he was taken to a hospital. He died about an hour later. An autopsy determined he died of a heart incident directly triggered by the stress of the altercation. His death was ruled a homicide.

The witness was able to give law enforcement the Dodge’s license plate number, the affidavit said, and police were led to the previous owner of the truck. That person told police he had just sold the truck to Cook.

Police then spoke with a woman who was in the truck with Cook. According to the affidavit, she told police Fernandez was “brake checking” and “flipping them off” in the construction zone. Then, Cook got out of the truck and Fernandez got out of his car, she said.

The woman said at that point, Fernandez grabbed Cook by the neck as Cook punched him back three times, according to the affidavit. Cook then got back in the car and drove away, she said.

The woman also told police Cook learned through a news report that Fernandez had died. The woman said Cook has left town.

Cook has not yet been arrested.