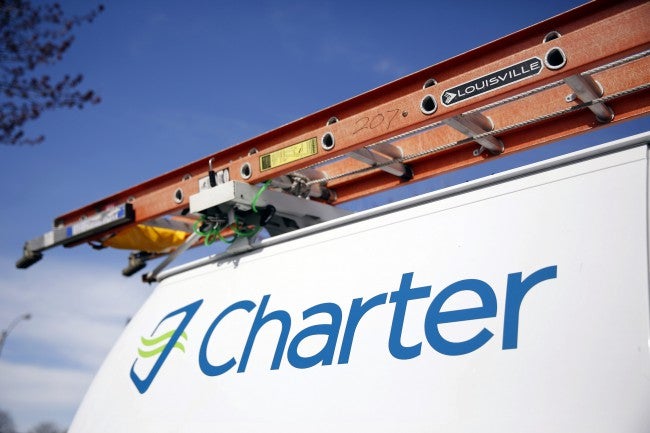 NEW YORK (AP) – Charter Communications will spend $55.33 billion to acquire Time Warner Cable in a cash-and-stock deal that would instantly create one of the largest TV and Internet providers in the U.S.

The deal comes a month after Comcast walked away from a bid for Time Warner Cable after intense pressure from regulators.

There has been a wave in consolidation in the cable industry. Providers are beginning to lose TV subscribers, costs for TV, sports and movies are rising and they are facing more pressure from online video services such as Netflix and Hulu.

The deal for Time Warner Cable was backed by John Malone’s Liberty Broadcast Corp., giving the cable pioneer a jewel he has pursued for years.

It also puts Charter in the same league with Comcast, the country’s biggest cable provider and the owner of NBCUniversal.

The bigger Charter will have nearly 24 million customers, compared with Comcast’s 27.2 million. Charter on Tuesday also said it would buy Bright House Networks, a smaller cable provider, for $10.4 billion as part of the deal.

Liberty Broadband is expected to own about 20 percent of the bigger Charter.

Charter Communications Inc., based in Stamford, Connecticut, will provide $100 in cash and shares of a new public parent company equal to 0.5409 shares of Charter for each outstanding Time Warner Cable Inc. share. The transaction values each Time Warner Cable share at about $195.71.

The companies on Tuesday valued New York-based Time Warner Cable at a total of $78.7 billion, including debt.