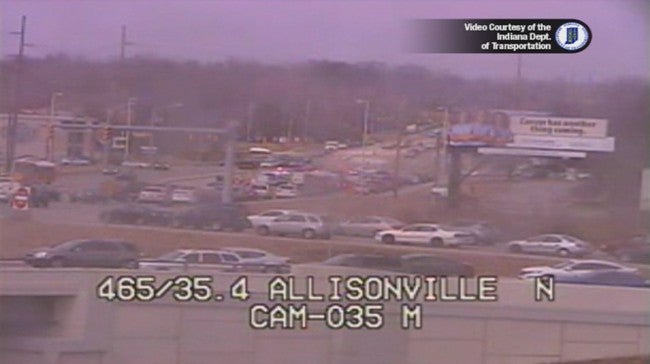 According to the Indianapolis Metropolitan Police Department, an IMPD officer attempted to pull over an erratic driver on I-70 around 4 p.m. Wednesday.

Police say the driver refused to pull over, leading to a chase that ended near 86th Street and Allisonville Road.

IMPD says that a checkup led to them finding out the driver had a warrant for making threats against the FBI.

According to IMPD, the suspect was turned over to the FBI.

A suspect name has not been provided.