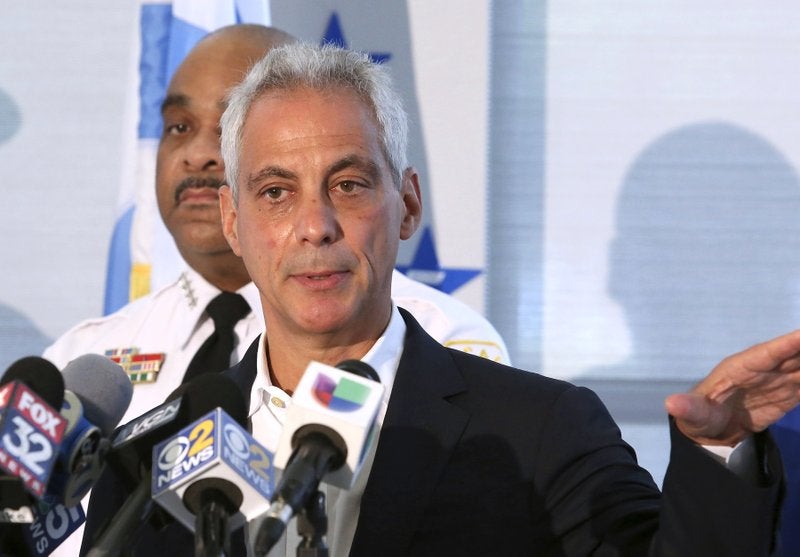 Emanuel said in a statement released by his office that being mayor “has been the job of a lifetime, but it is not a job for a lifetime.” The Chicago Tribune says he had already raised more than $10 million for another run for a four-year term.

Emanuel, 58, was a Democratic congressman and chief of staff to President Barack Obama before becoming mayor in 2011. He followed Richard M. Daley, who was mayor for more than 20 years. He won a second term in a 2015 runoff.

His surprise announcement comes the day before the start of one of the biggest police-shooting trials in the history of Chicago — the murder trial of police officer Jason Van Dyke. The release of a dashcam video two years ago of the white officer shooting black teenager Laquan McDonald 16 times in 2014 drew the sharpest criticism of Emanuel in his two terms as mayor.

Many questioned whether his office delayed releasing the video to lessen political damage on Emanuel. The trial is expected to bring added scrutiny of how the city, and Emanuel, dealt with the case.