Chicago-style pizza dished up in Indy 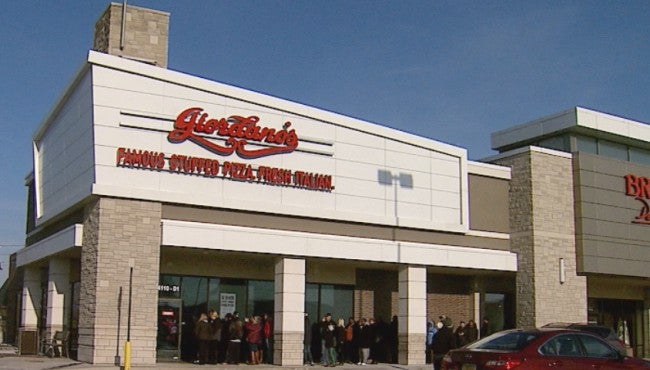 For the first time ever, Hoosiers can get a taste of a Chicago classic right here in Indianapolis.

Giordano’s Pizza just opened its first restaurant outside of Illinois. The restaurant opened its doors late Tuesday afternoon to a long line of customers waiting outside.

The restaurant is at River’s Edge on 82nd Street in Indianapolis.

Giordano’s claim to fame is its deep dish, stuffed pizza. The first Chicago location was opened in 1974.