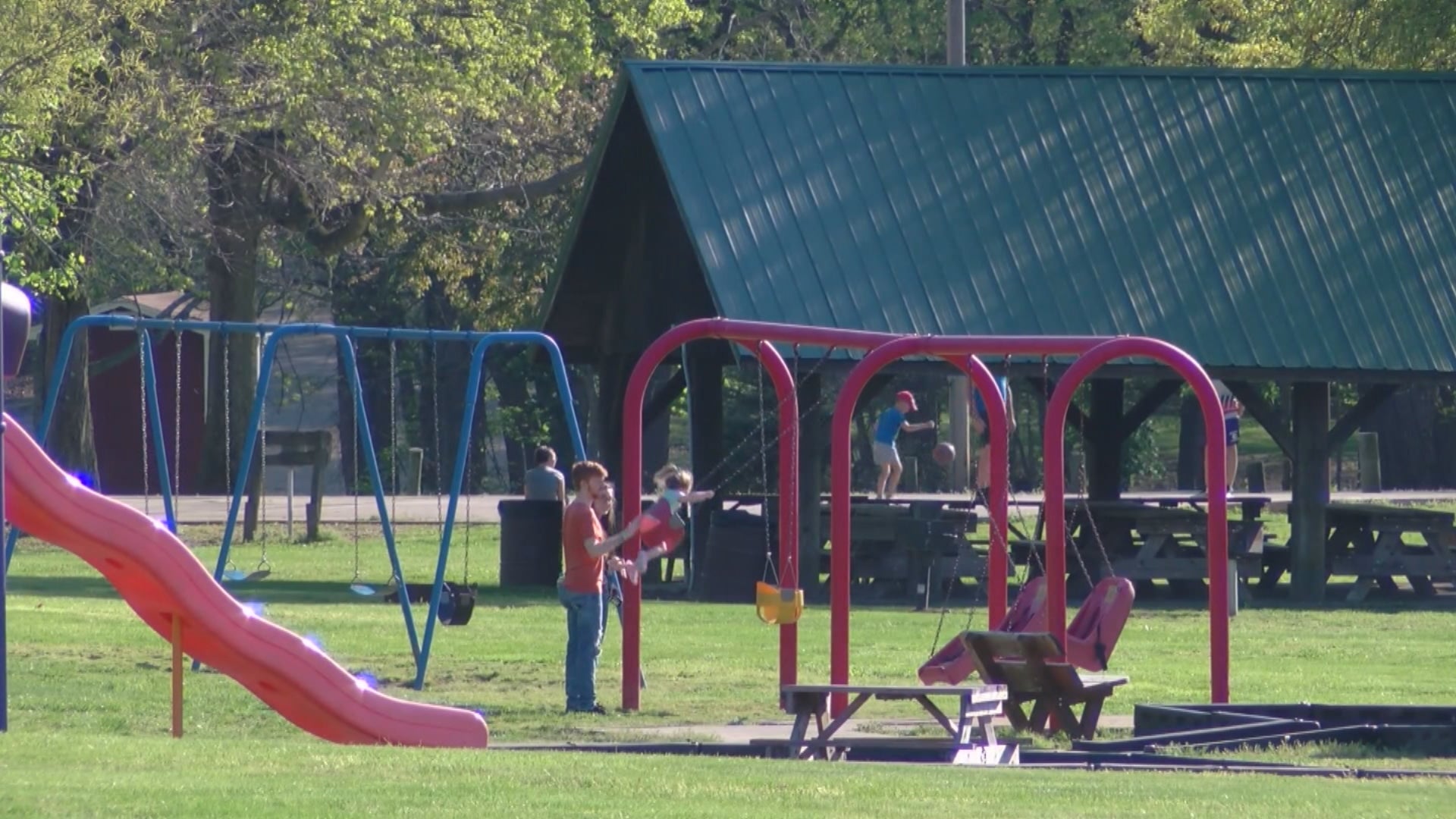 The park overlooking the Wabash River is 2 miles north of Vincennes. Ouabache draws thousands of visitors to Knox county every year. The 254-acre park features 4 miles of marked trails, picnic areas and playgrounds.

Park visitor Tom Hunt said he considers the park to be safe. “We wouldn’t be back if it wasn’t safe there’s no question about it. It is just a great place,”  he said. “Vincennes area has so much history and so much diversity and culture from the manufacturing, the history of (comedian) Red Skelton, the Amish community. It’s just a wonderful place to visit.”

On Sunday, authorities said, a man attempted to abduct a girl on a playground.

Hunt said, “It was the buzz of the campground, and I’m surprised quite frankly that something like that would have happened here. But, you know, this day and age, anything can happen, I suppose,” Hunt said.

Before 3:30 p.m. Sunday, an 11-year-old girl was playing on this playground when the alleged incident occurred.

“This young lady told us she started screaming and tried to fight,” Knox County Sheriff Doug Vantlin said. “She was able to break free and take off.”

The subject was described as a male wearing black clothing and a black mask covering his face.

The sheriff talked about recent child abduction reports. “In this area not that many,” Vantlin said. “Yes, we have had them over the years but going back I can’t come up with a number, but it’s not like the bigger more populated areas, so we don’t have that many around here.”

The sheriff gave tips for children who may encounter a potential abductor.

“Scream and fight and try to run,” Vantlin said. “Be aware of your surroundings. Don’t get too far away from your parents and keep your parents in sight.”

Anyone with information was asked to call the Knox County Sheriff’s Department at 812-882-7660.