Child recovering after being hit by a car 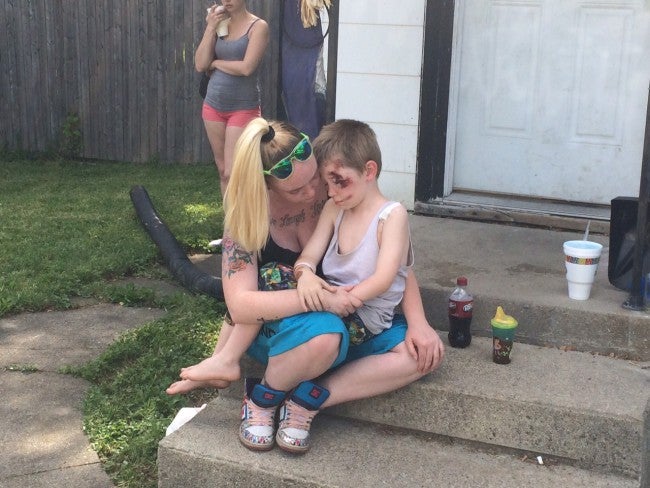 ANDERSON, Ind. (WISH) – An Anderson mother is asking for help after her 5-year-old son was hit with a car and left injured in the road.

The family said the worst part is not that he was hit, or that the driver drove off. It is that they knew the boy was injured and didn’t call for help.

“Slow down, there (are) babies here,” said Brittney Lycan with tears in her eyes. “I want justice for my baby. He doesn’t deserve this.”

The crash left Xzavior Lycan’s left eye swollen shut. He had scrapes and bruises all over his body.

“I hurt my elbow and my leg,” said Xzavior in a soft voice.

The crash happened at 9 p.m. on Saturday night on Chase Street in Anderson. Neighbors said it is not uncommon to see kids riding their bikes in the street.

The only description she gave is that it was a white Chevy Impala with the numbers five, three and eight in the license plate.

“The dude in the Impala, he stopped and he saw what had happened but after he saw what happened, and saw that I got up? He continued to go down the street,” said Davis.

“He’s five. Who just leaves a 5-year-old baby screaming? I know my baby screamed. I know he heard him,” said Brittney Lycan.