China denies it asked for Morey’s firing over HK tweet 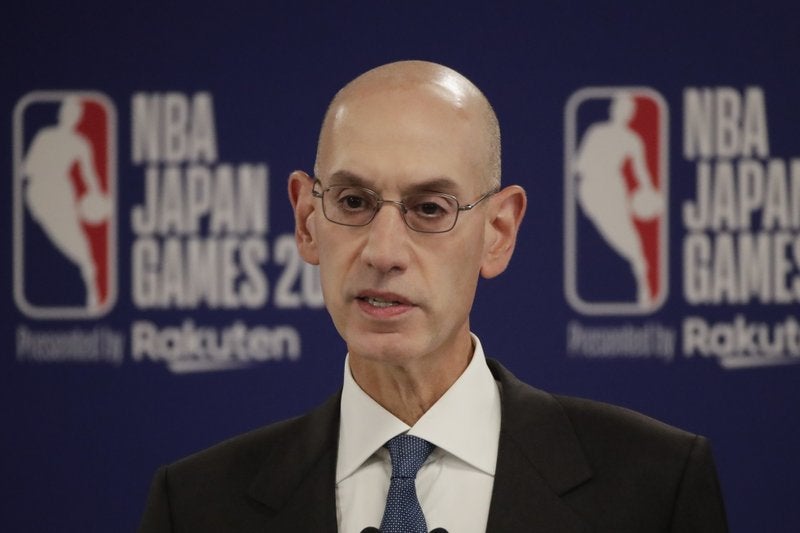 FILE - In this Oct. 8, 2019 file photo, NBA Commissioner Adam Silver speaks at a news conference before an NBA preseason basketball game between the Houston Rockets and the Toronto Raptors in Saitama, near Tokyo. When major corporations have angered Chinese authorities in recent years, the playbook calls for one thing: an apology. The NBA, with billions at stake, has resisted that for now, though some experts wonder if such a move is inevitable. (AP Photo/Jae C. Hong)
by:
Posted: Oct 18, 2019 / 04:52 AM EST / Updated: Oct 18, 2019 / 04:52 AM EST

During an appearance in New York on Thursday, Silver said the NBA was “being asked to fire (Morey) by the Chinese government, by the parties we dealt with, government and business.”

Several Chinese companies, including the Chinese Basketball Association and state broadcaster CCTV, suspended engagement with the NBA after Morey’s tweet.

The league and LeBron James, one of its biggest stars, have been heavily criticized by some U.S. lawmakers for the perception that they caved to the Chinese regime.