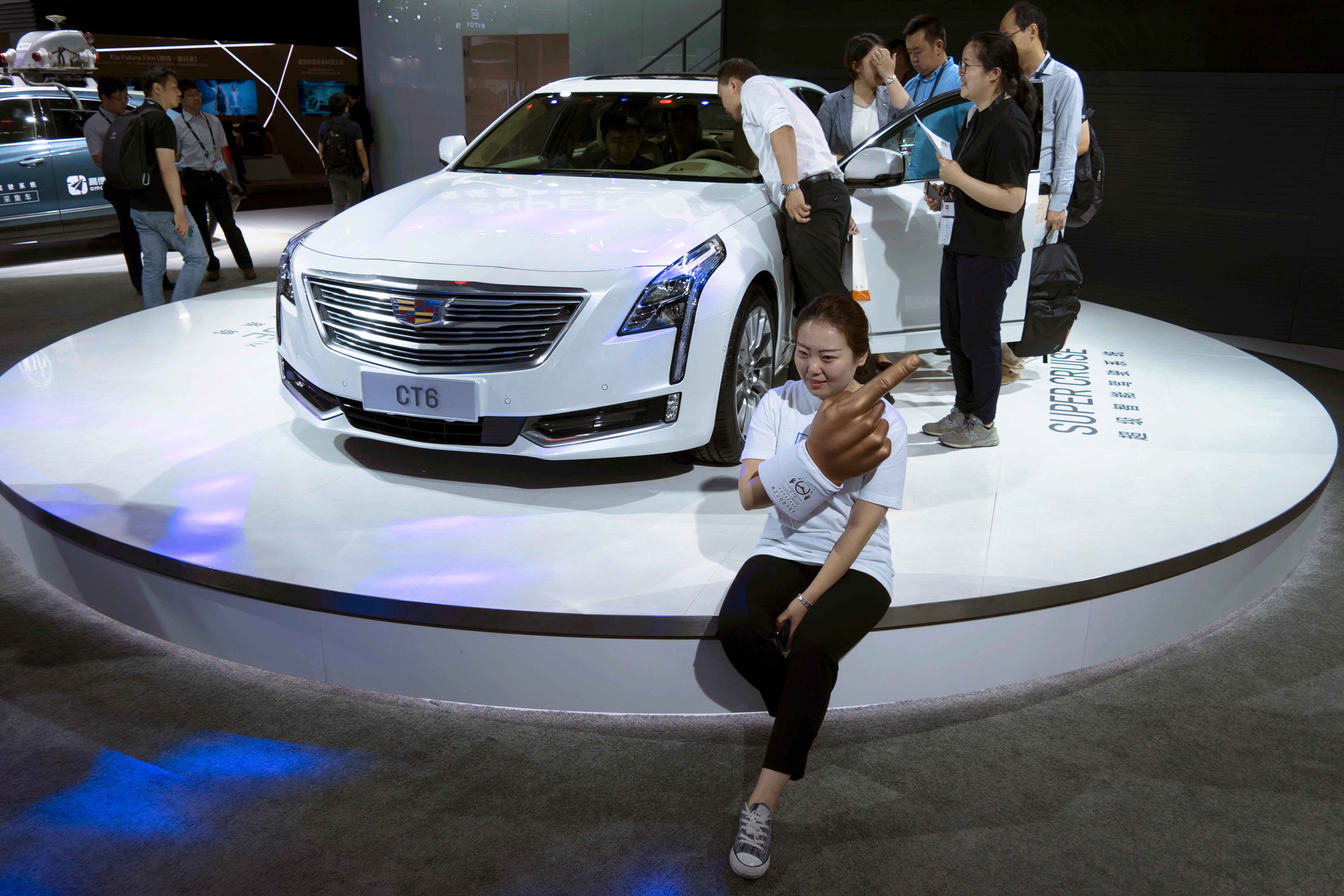 BEIJING (AP) — China fired back Saturday in a spiraling trade dispute with President Donald Trump by raising import duties on a $34 billion list of American goods including soybeans, electric cars and whiskey.

The government said it was responding in “equal scale” to Trump’s tariff hike on Chinese goods in a conflict over Beijing’s trade surplus and technology policy that companies worry could quickly escalate and chill global economic growth.

“The Chinese side doesn’t want to fight a trade war, but facing the shortsightedness of the U.S. side, China has to fight back strongly,” said a Commerce Ministry statement.

Beijing will impose an additional 25 percent tariff starting July 6 on 545 products from the United States including soybeans, electric cars, orange juice, whiskey, salmon and cigars, according to the Ministry of Finance.

Most are food and other farm goods, hitting Trump’s rural supporters hardest. Beijing appeared to be trying to minimize the impact on its own economy by picking U.S. products that can be replaced by imports from other suppliers such as Brazil or Australia.

Chinese regulators also are considering a tariff hike on an additional 114 products including medical equipment and energy products, the Finance Ministry said. It said a decision would be announced later.

That mirrored the Trump administration’s announcement Friday of a tariff hike on $34 billion of Chinese goods and plans to consider widening it to an additional $16 billion of other products.

“China’s retaliation will remain calibrated and largely reciprocal, with President Xi Jinping ready to counter any move by Trump,” said Eurasia Group in a report. “Beijing has a freer hand for informal retaliation, which will now start to increase.”

Trump is pressing Beijing to narrow its trade surplus with the United States and roll back its plans for state-led development of Chinese global competitors in technology fields including electric cars, renewable energy, artificial intelligence and biotech.

Washington, Europe, Japan and other trading partners complain Beijing’s tactics including outright theft of foreign technology and subsidies and protection from competition for fledgling Chinese industries. They say those violate Chinese market-opening commitments under the World Trade Organization.

Tensions eased temporarily after Chinese negotiators agreed at talks in Washington in May to buy more American farm goods, natural gas and other products. American officials said they would suspend threatened tariff increases on up to $150 billion of Chinese goods.

The dispute revived after the White House renewed its plan for a tariff hike on $50 billion of Chinese goods as part of the technology dispute. The Chinese government warned after another round of talks June 3 that it would discard those deals if the tariffs went ahead.

Businesspeople and economists say Chinese leaders are less likely to compromise on the technology dispute. They view plans for state-led development of companies capable of competing globally in fields including electric cars, renewable energy and biotech as a route to prosperity and to restore China to its rightful role as a world leader.

Beijing also has announced plans to cut import duties on autos and some consumer goods and to ease limits on foreign ownership in auto manufacturing, insurance and some other industries, though those don’t directly address U.S. complaints.

On Thursday, a Commerce Ministry spokesman said some exporters were rushing to fill orders due to concern trade conditions might change, but said they were “not the mainstream.”