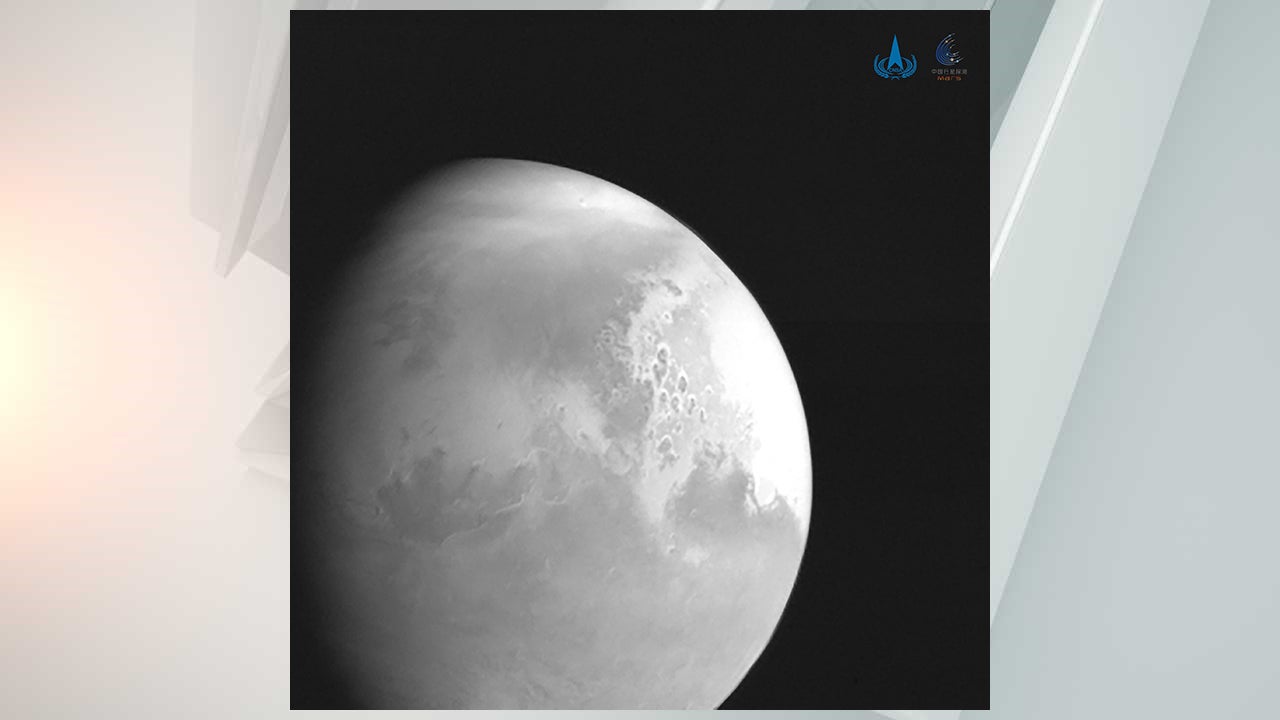 (CNN) — China’s Tianwen-1 probe has sent back its first picture of Mars, according to the Chinese space agency.

Tianwen-1, whose name means “Quest for Heavenly Truth,” sent back a black-and-white picture of the red planet, taken when the probe was around 2.2 million kilometers (more than 1.3 million miles) away from Mars, the space agency said.

Launched in July last year, the probe is China’s first mission to Mars. Tianwen-1 will orbit the planet before landing a rover on the surface, with the hope that it can gather important information about the Martian soil, geological structure, environment, atmosphere, and search for signs of water.

The unmanned probe is around 184 million km from Earth and 1.1 million km from Mars, the CSA said Friday, adding that the craft had flown some 197 days and more than 465 million kilometers to reach the planet.

Tianwen-1 conducted its fourth orbital correction on Friday evening as the spacecraft prepares to arrive in orbit around Feb. 10, where it will “brake” to slow down and be captured by the planet’s gravity, according to the agency.

According to the scientific team behind Tianwen-1, the probe is “going to orbit, land and release a rover all on the very first try, and coordinate observations with an orbiter.”

“No planetary missions have ever been implemented in this way,” the team said in a paper released in July.

Tianwen-1 was one of three Mars missions that launched last July, along with NASA’s Perseverance rover, which will land on Mars on Feb. 18, and the United Arab Emirates’ Hope Probe, which will orbit the planet, and enter orbit Feb. 9.

All three missions launched around the same time due to an alignment between Mars and the Earth on the same side of the sun, making for a more efficient journey to the red planet.