Church service to go on after archway collapse 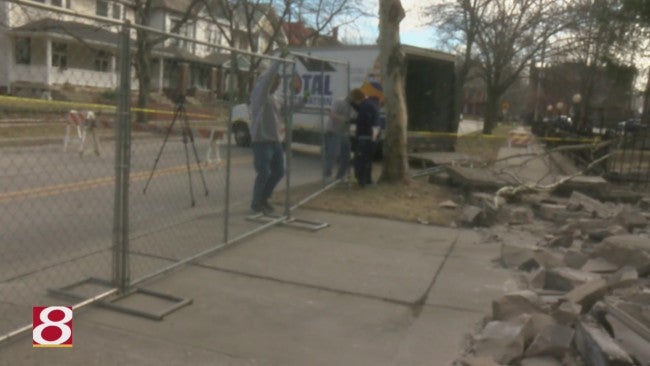 INDIANAPOLIS (WISH) — Church service will go on as planned for a downtown church that had quite the scare early Tuesday morning.

An archway collapsed above the main entrance of the Church of the Holy Cross at Oriental and New York. Thousands of pounds of limestone scattered around the front of the building.

“It did happen in the middle of the night. There was nobody around. The damage is pretty minimal,” said Pastor Chris Wadelton.

According to Wadelton, anchors that support the arch gave way over time, causing the collapse. They say the damage is cosmetic and not structural.

The area around the church has been blocked off. Cleanup is expected to take a few days. There were no reported injuries.

Church service will be held on Sunday.