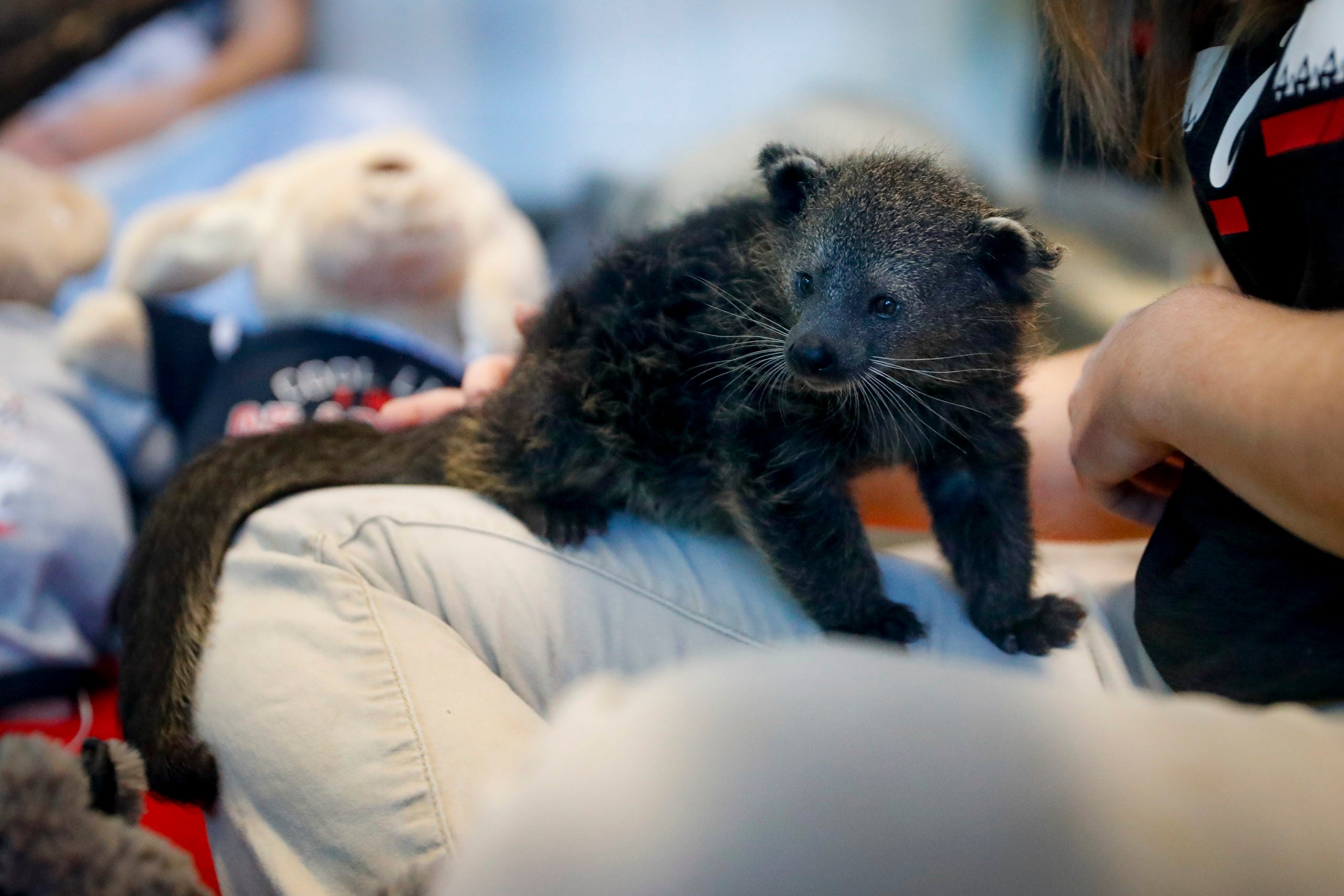 CINCINNATI (AP) — An Ohio zoo’s newest baby bearcat is ready to make its debut as the University of Cincinnati’s next live mascot. But first she needs a name.

The Cincinnati Zoo showed off the newborn bearcat Friday. Zoo staff are asking visitors to suggest a name for the young bearcat.

The new name will be announced at Cincinnati’s homecoming game against Connecticut in early November.

Live mascots from the zoo have represented the school for 35 years. Cincinnati Zoo Director Thane Maynard says the last one, named Lily, is alive and well but has entered retirement.

Her successor was born in a Nashville zoo four weeks ago. She weighs 2 pounds.