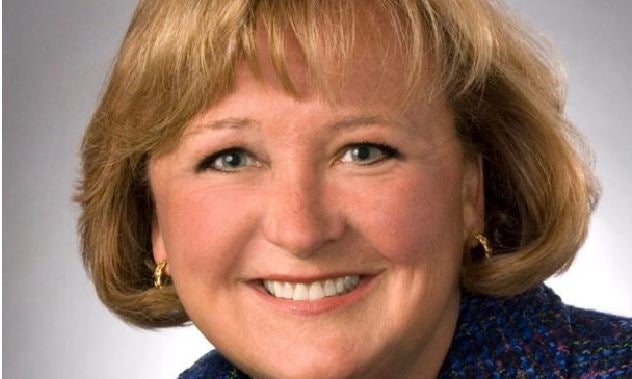 INDIANAPOLIS (WISH) — A city-county councillor has announced her intentions to change her party affiliations.

“I know in my heart that I’m doing the best in making the best decision for my constituents,” said Christine Scales, who is changing her affiliation from Republican to Democrat. “There came a point where I decided that I could get much more accomplished for my constituents by working alongside Mayor Hogsett and Council President Lewis than I could remaining as a Republican.”

Scales is in her third term on the council. She serves in the 3rd district.

Scales says she’s been a Republican for 40 years.

Her most recent battle was in the Castleton area as they tried and succeeded in stopping a Hustler Hollywood from opening near a Chuck E Cheese.

This is Scales’ full statement that she released on Facebook:

Today I am officially announcing the change of my political party affiliation from that of Republican to Democrat. I ran for my Council office as a Republican and have voted with the party for more than 40 years. This is a difficult decision for me, but one I feel I must make in order to serve the best interest of my constituents.

As I make this announcement, it is my hope that those I represent and the entire Council will support my decision. This is a decision that allows me to elevate my level of service by aligning myself with those in the city whose goal it is to advance positive policy initiatives and work tirelessly to improve the quality of life for all residents.

Since Mayor Joe Hogsett assumed office, I have enjoyed a positive working relationship with him. Mayor Hogsett is an honorable man who campaigned on the promise of working with Council in a spirit of bi-partisanship. After a year of working under his leadership, I have found that he has honored that promise.  The Mayor has remained accessible to members of both parties, has proven that he is willing to listen and lends equal consideration to viewpoints outside of his own. On a personal note, I appreciate his thoughtfulness, inclusiveness of all stakeholders, and the amount of time he takes before deciding on a particular course of action.

Indianapolis City-County Council President Maggie A. Lewis’ leadership skills on the Council complement those of the Mayor. They are both fair and reasonable in their judgment and treat the Council with dignity and respect. I am confident that I can work well under their leadership and serve effectively alongside the Democrat Councillors. In my capacity as a Democrat Councillor, I anticipate accomplishing more on behalf of my constituents, as well as being able to better work toward the greater good of the City of Indianapolis.

Since being elected as a City-County Councillor, my constituents understand and have appreciated that my votes reflect what is in their best interest, not my own or the party I represent. Though I am changing my political party affiliation, I want District 3 residents to be assured that I will remain the same person they voted into office. A change in political party will not change who I am. My level of service to constituents will remain the same and the independent thinking and bi-partisanship I bring to my Council role will continue. Those qualities are why I believe voters of all political stripes have elected me to three Council terms.

I believe that working alongside the Mayor and President Lewis will benefit my district in many ways. It is my hope that District 3 constituents will understand that my decision to change party affiliations was made with their best interests in mind.”

Maggie Lewis, president of the City-County Council, responded to Scales’ announcement, saying she supported the councillor and welcomed her to the Democratic Party:

Over the past several weeks Councillor Scales and I have spent a lot of time together discussing her decision, weighing the pros and cons, and evaluating the impact this will have on her district and our city.  Her decision was a difficult one and I fully support her and welcome Councillor Scales to the Democratic party. She has long been a strong advocate for her constituents in District 3 and I look forward to many spirited and insightful conversations as we work side-by-side serving our community.”