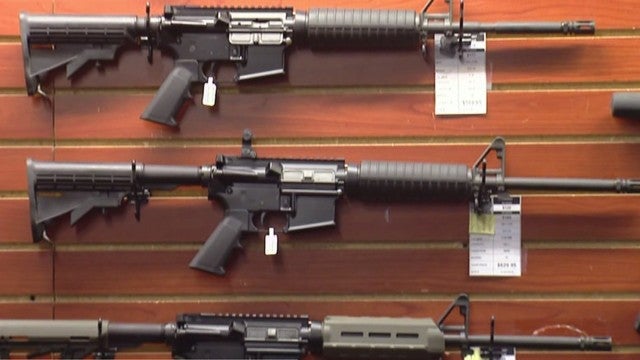 A string of boos arose in the committee room amid a couple of cheers after the vote.

After recent school shootings in Parkland, Florida, and Noblesville and after teens were shot at a birthday party in Lawrence, some City-County councilors said the resolution was meant to spur conversation.

Dozens packed into a committee room to debate the resolution to ask state and federal lawmakers to ban assault weapons, in addition to changes to background checks.

Plenty of people, including students, spoke about their daily fears.

“How many schoolchildren have to die before we do something? Do I have to die?” asked one person.

An Indianapolis nurse gave a glimpse into her life. “We see the victims come into our emergency departments and we try to patch their bodies back together.”

Not all the City-County councilors were sold.

“It’s gotten to the point now where it’s so broadbase spectrum that we don’t know what it is exactly you’re talking about,” Councilor Brian Mowery said.

The question about what weapons would fall under the scope of this resolution has concerned gun shop owners, too.

“What I assume to be an assault type weapon is one that is designed to mimic a military-style weapon for mass homicides,” said Councilor Zach Adamson, when asked to define an assault weapon.

But, that didn’t include specific guns.

The resolution failed 3-2. But, given the Noblesville school shooting, where a 13-year-old student got a hold of weapon, some City-County councilors said the conversation must continue.

So, what’s next? It can still be voted on at the next City-County council meeting, but it will require a majority vote from the entire council to bring it out for a vote.