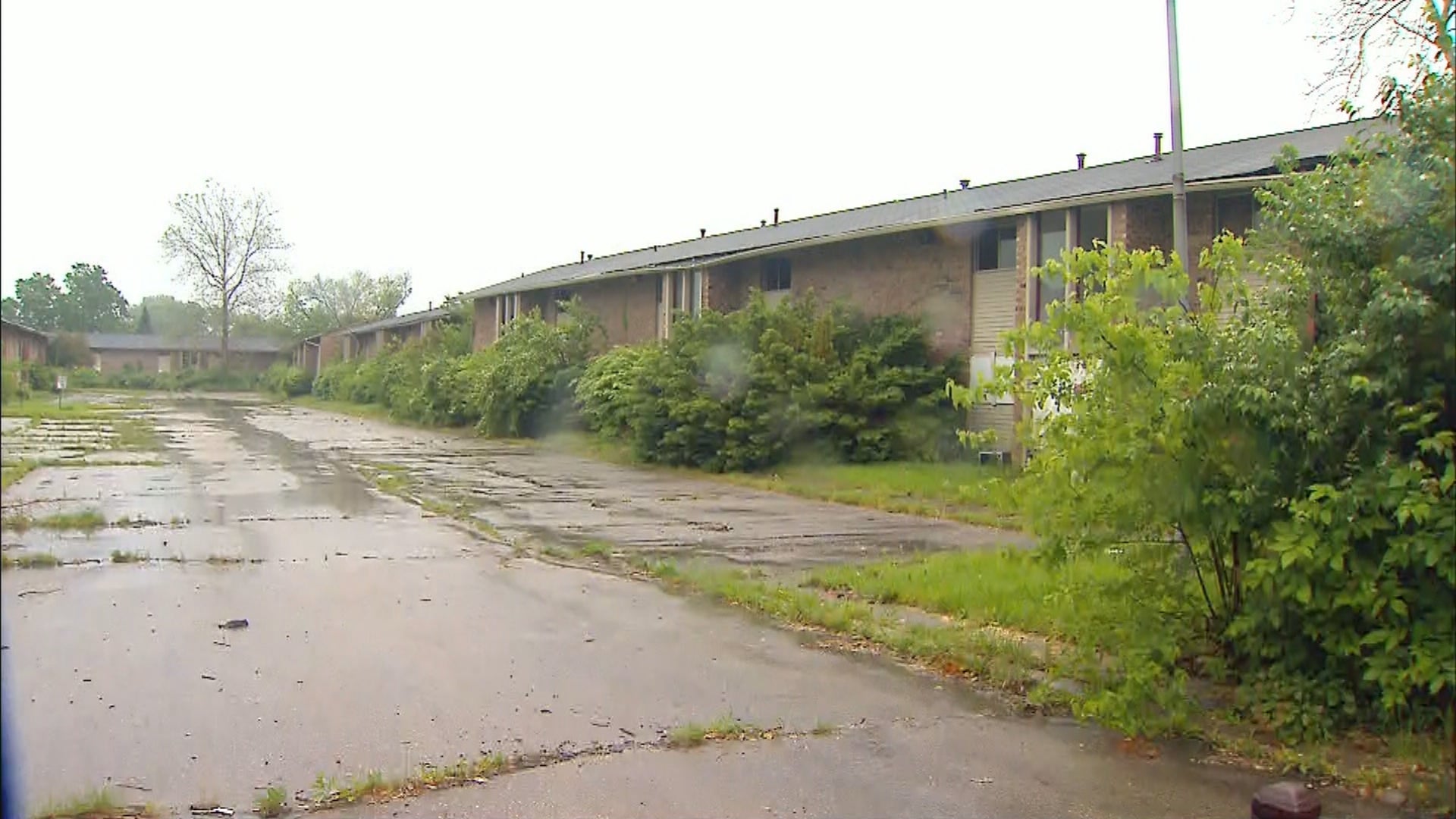 INDIANAPOLIS (WISH) — There is little of value left in the buildings at Oaktree Apartments. Many windows are broken, most doors are gone.

The city ordered the last of the residents out of crime-ridden Oaktree a few years ago when the Marion County Public Health Department deemed the apartments too dangerous.

The trouble from the past still haunts this property. Diane Woodruff lives across the street. The view from her yard looks into the Oaktree complex. She said the complex comes to life at night.

“There is lots of drugs, you know, a lot of drugs, a lot of gangs, prostitution. So, I think it is a good idea for them to tear it all down,” Woodruff said.

Indy Diamond LLC owns the property. City leaders have tried to get the owner to make repairs for years. The Health Department condemned the property in 2014.

Emily Mack is the director of the Department of Metropolitan Development. Her office has filed for eminent domain — the right of a government to take, or to authorize the taking of, private property for public use, with just compensation being given to the owner.

The city has offered the owner $1.6 million for the property.

“In 2016, the city prosecutor filed a public nuisance case on the Oaktree Apartmetns due to the drain on public resources. At that time, there were hundreds of police and fire runs incident reports, numerous. I think there were well over 100 health and hospital code violations cases and reports,” Mack said.

In 2018, a Marion County judge ordered the owner to demolish the property. The court order, according to Mack, was ignored.

“Since then, it has continued to remain a threat to public safety, to public health, and to have a significant negative impact on the quality of life of the far east side residents,” Mack said.

There are no guarantees that a judge will grant the city eminent domain, but just the prospect of Oaktree Apartments being leveled has made the day for the woman who lives across the street.

Woodruff said, “Well, I hope it comes down fairly soon. I mean it is just a terrible eyesore for the neighborhood.”