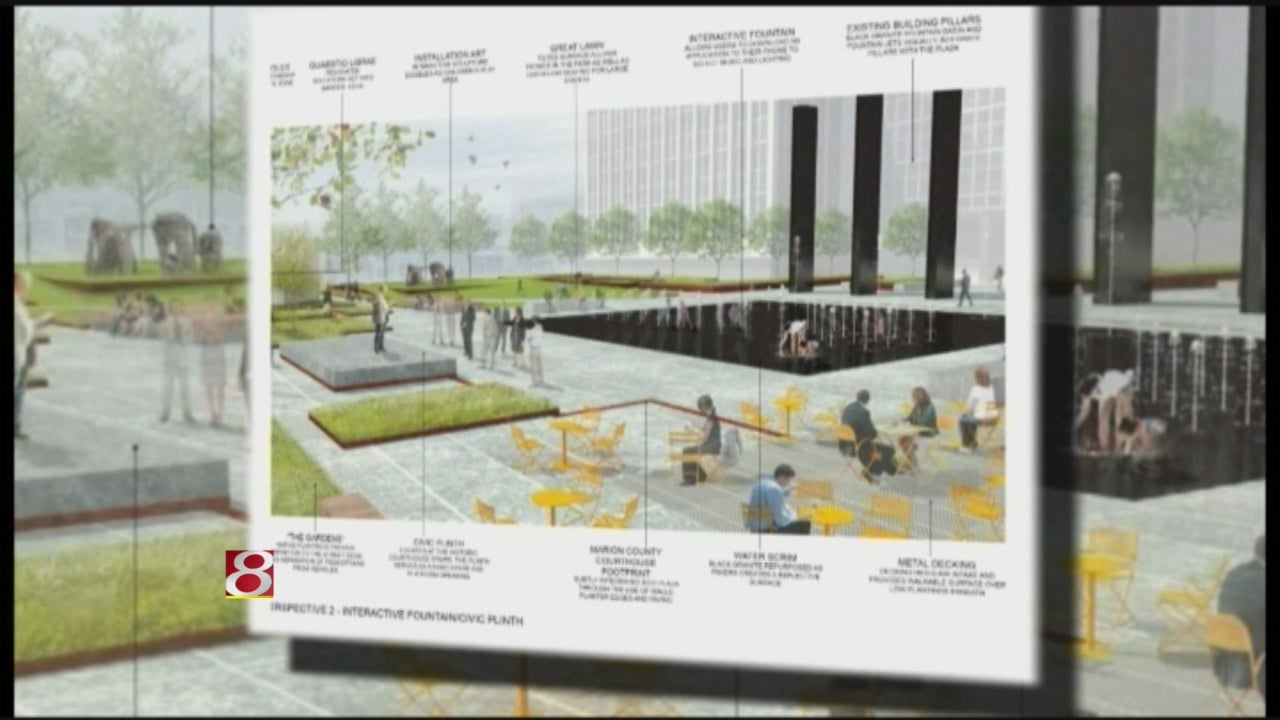 INDIANAPOLIS (WISH) – The downtown area is getting a new, signature public green space. The City County Building Plaza settled on a final conceptual design in October, but now it needs refinement.

Organizers think the ideal candidate to give them the feedback that they need are the people that will use the spot that’s now nicknamed, Downtown’s Backyard.

“A nice place to sit and have my lunch would be the benefit, for sure,” explains Richard Marchbanks.

Marchbanks works inside the CCB with the sheriff’s office and says he’s been looking forward to learning more about the design.

“With the transportation center being right here and people taking the bus, if you’re commuting with your kids somewhere it could be a great edition to kill some time downtown on a nice day,” said Marchbanks.

Marchbanks notes, however; he doesn’t see many children in the area very often, and he isn’t sure that the splash pad and ice skating features that might be geared toward the younger crowds will take off without families visiting the plaza.

“That is certainly the hope,” Marchbanks says. “I mean, that’s why they’re going to put so much money into it, but it’s a wait and see.”

Marchbanks is also part of the group that could potentially be leaving the building at the completion of the new criminal justice center, if everything goes according to plan. He isn’t sure what will happen with those potential vacancies inside the CCB.

“I don’t know what the plan is,” says Marchbanks. “I haven’t heard what a plan is for who would occupy this building once the City-County employees vacate it.”

24-Hour News 8 asked the project manager for the green space if those vacancies presented them with any concerns.

“No,” explains Naber. “I think we’re just excited with the momentum we have going forward. There are 900-plus new residents and there’s at least 150,000 square feet of office, 100,000 in retail. Overall that represents over $200 million worth of new development in this area, and it’s all happening in this one, compact area and that will just spread and serve as a catalyst for the rest of downtown.”

If you missed Thursday nights public input workshop, there will be another held in March.

Inside INdiana Business / 57 seconds ago