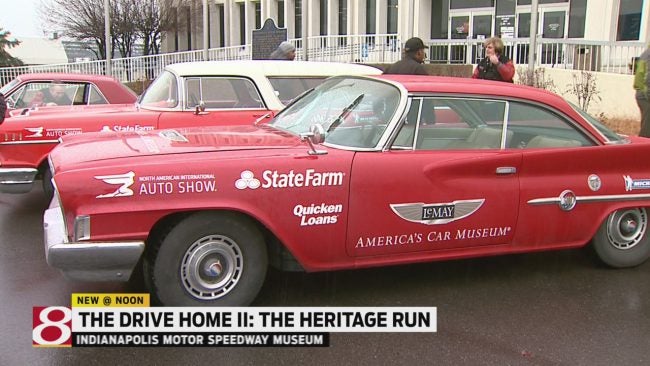 America’s Car Museum brought three of its vintage beauties — all red — to Indianapolis as part of their tour: a ’57 Chevy Nomad, a ’61 Chrysler 300G and a ’66 Ford Mustang.

Those in attendance at Tuesday morning’s event also had the opportunity to tour the Indianapolis Motor Speedway Museum.

“It’s all about creating awareness for the importance that the American automobile has played in the country’s past and what it will play in the future as well,” said Rock Jenkins of America’s Automotive Trust.

The tour is now heading to Michigan, on its way to its final destination, the North American International Auto Show in Detroit, which begins Jan. 8.