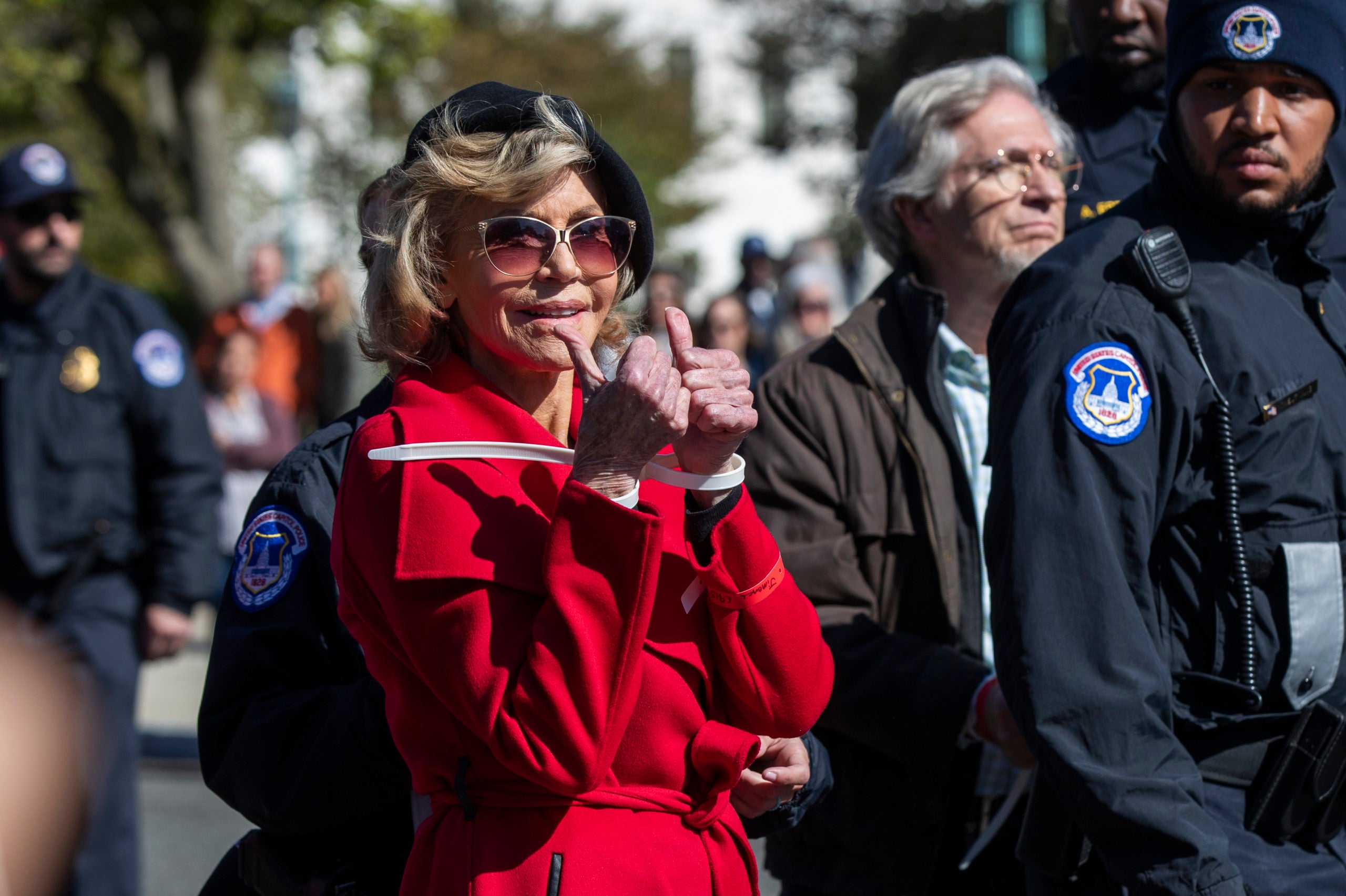 Actress Jane Fonda gestures after being arrested during a rally on Capitol Hill in Washington, Friday, Oct. 18, 2019. A half-century after throwing her attention-getting celebrity status into Vietnam War protests, Fonda is now doing the same in a U.S. climate movement where the average age is 18. (AP Photo/Manuel Balce Ceneta)
by:
Posted: Oct 18, 2019 / 02:54 PM EST / Updated: Oct 18, 2019 / 02:54 PM EST

WASHINGTON (AP) — Jane Fonda is picking up where she left off in civil disobedience nearly a half-century ago. But there’s one thing that’s changed: That step up into the paddy wagon is tougher at age 81.

Fonda tells The Associated Press she was last arrested for protesting in the 1970s. She says watching the climate activism of Swedish teenager Greta Thunberg helped inspire her to get back in.

For a second Friday, Fonda stepped into the paddy wagon with hands bound. But this time, Fonda had managed to get her hands cuffed in front of her, for balance.