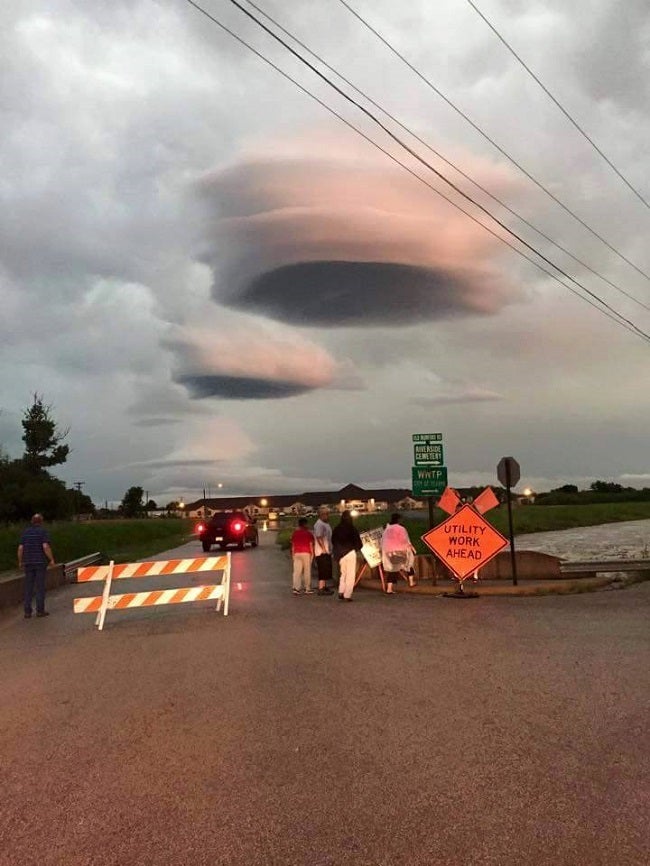 Lenticular clouds, which are rare for most areas but are commonly seen over mountains, formed in the skies in Robertson and Leon Counties in Texas, spooking some people. Due to their circular nature, sometimes they are confused for UFOs.

Thankfully, meteorologists were quick to quell any UFO hype and explain to sky watchers the science behind lenticular clouds.

According to the National Weather Service, lenticular clouds form when “fast-moving air is forced up and over a topographic barrier,” which is why they are common in mountain regions. Lenticular clouds, though rare, also can by formed by strong winds created by a storm front, likely the cause Monday night’s clouds in Texas.

Check out this rare sight captured yesterday by M. Davis in Southeast Texas after severe weather moved through the area….Posted by Meteorologist Shelby Latino – ABC30 Action News on Tuesday, May 26, 2015