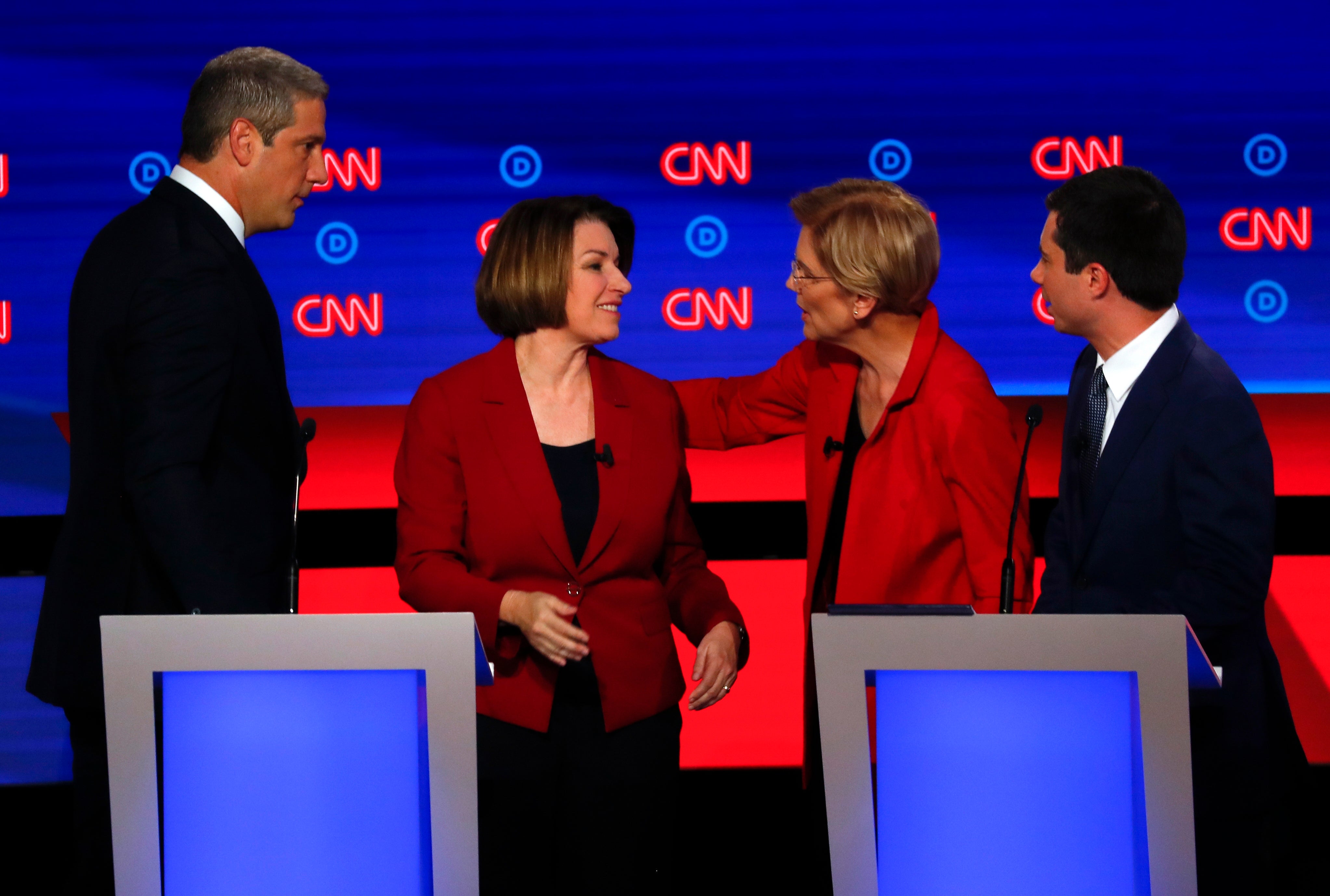 Nielsen says 15.3 million people watched the first night on NBC News last month. It was considered likely that the numbers would go down for CNN, considering the NBC debate was shown on both broadcast and cable networks and took place at a time that fewer people were on vacation.

The second night of the NBC debate was seen by 18.1 million people. CNN’s second night debate Wednesday from Detroit features former Vice President Joe Biden, who has been leading in most polls.

President Donald Trump was apparently one of the viewers Tuesday. He used Twitter to attack CNN’s Don Lemon, one of the moderators with Jake Tapper and Dana Bash. After insulting Lemon’s intelligence, the president said the CNN anchor insinuated that he was a racist, “when in fact I am ‘the least racist person in the world,’” Trump wrote, apparently quoting himself.

“Perhaps someone should explain to Don that he is supposed to be neutral, unbiased and fair,” Trump tweeted.

In a question posed to former Rep. Beto O’Rourke on Tuesday night about healing the nation’s racial divide, Lemon said that Trump “is pursuing an election strategy based in part on racial division.” In a later question to Sen. Amy Klobuchar, Lemon said, “what do you say to those Trump voters who prioritize the economy over the president’s bigotry?”

LGBTQ advocacy group GLAAD defended Lemon, who is gay, in a tweet that said Trump’s “continued attacks on the intelligence of prominent black Americans are abhorrent and telling.”