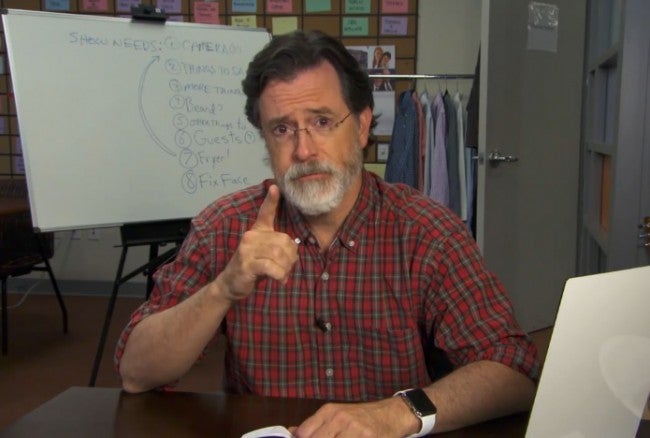 INDIANAPOLIS (WISH) — Stephen Colbert is back and more beard-y than ever.

The comedian posted made his first “Late Show with Stephen Colbert” appearance via the show’s YouTube page on Wednesday.

While it’s been known for a while that Colbert is replacing David Letterman as the show’s host, Colbert has been out of the spotlight since the final episode of “The Colbert Report.”

“You may have noticed that during my time off, I adopted a beard that I found by the highway. It helped me go around without being noticed,” Colbert said.

“The Late Show with Stephen Colbert” debuts in September.

WARNING: the video does contain some adult language.