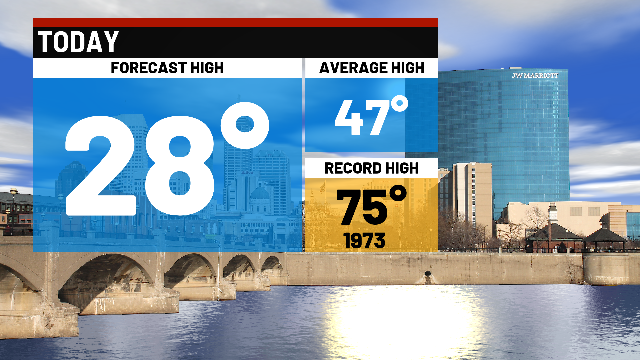 Thursday starts off dry with lots of clouds and a few peaks of sunshine. Clouds will rapidly increase through the afternoon with snow showers developing through late morning and early afternoon. Highs during the day will top out in the mid to lower 30s. Snow will become steady late Thursday and through the overnight with snow accumulation between 1-3” early Friday morning. Friday mornings early commute could be tricky for drivers. Snow will move out Friday morning and could mix with some freezing rain before the system moves out late morning. Highs during the day will top out in the lower 40s with cloudy skies during the afternoon.

Changes for this upcoming weekend with storms chances late in the day on Saturday with highs warming to the lower 50s! Scattered storms move in late Saturday with any severe weather, for now, in southern Indiana. Showers and storms should exit quickly Sunday morning. Highs on Sunday will hit near seasonal, topping out in the upper 40s with windy conditions through the afternoon.